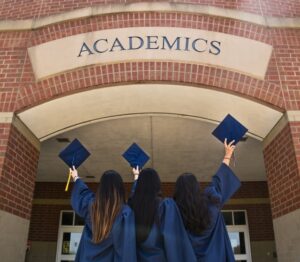 No part of our culture has been immune from the disease of woke-ism. Whether one studies corporations, educational institutions, the media, federal and state governments, woke-ism has corrupted every part of our culture to one degree or another. When I contemplate how to even begin to break its hold on our country, that proposition appears overwhelming. Where to start? How to make legitimate inroads? How to get an informed audience to consider the issues and make changes?

Eventually, however, I discerned that tackling one bastion of woke-ism might be possible. It is one of the oldest institutions, as it began to show its power in the 20th century, and it continues to demonstrate its pervasive influence nearly everywhere.

I’m talking about the public university.

For those of you who are very skeptical about attacking the roots of woke-ism through the university, there are a number of arguments that I find convincing. First, it has been the mouthpiece for the woke agenda for nearly 100 years; although that fact can be daunting, that longevity also suggests that it has not only overstayed its welcome, but it has abused its power and mandate, distorted its original agenda for creating the environment that would encourage the discussion of ideas, no matter their origins. A person doesn’t have to go far to discover how the university’s totalitarian, discriminatory and restrictive aims have made it the illegitimate arbiter of free speech; that determination applies to the university administration, educators and students.

Thus, a legitimate argument can be made that the university is one of the early sources of attacking the American ethos, and as a result, miseducating students, spreading distortions, and misusing their roles and purposes.

Taking down the university as a fundamental purveyor of woke-ism would deliver severe damage to the goals of those who wish to destroy the very fabric of America.

To strike at the heart of woke-ism in the universities, four main areas should be targeted: (1) engaging citizens, particularly parents who are already fighting the dominance of woke-ism in their school systems; (2) empowering governors and legislators to hold public universities accountable; and (3) applying significant penalties for those at those universities, including the administration and teachers, who ignore or abuse state law regarding education and free speech.

Parents and even teachers have continued to fight school boards that allow school administrations to indoctrinate their students in CRT and anti-American rhetoric. Although it reflects data from one year ago, one list suggests much animosity toward school boards:

Activists and parents have launched 50 recall efforts this year aimed at unseating 126 school board members, according to a new report from Ballotpedia, a website that tracks U.S. politics and elections. Most of those recalls — which already surpass the record for a single year — started as objections to Covid-19 restrictions, but five of the most recently launched campaigns, including a particularly contentious fight in Loudon Country, Virginia, include concerns about critical race theory.

And, in a new development this year, rather than targeting a single member, these efforts often target multiple members or entire school boards, according to Abbey Smith, a researcher at Ballotpedia.

In Florida, Gov. Ron DeSantis has taken the lead in restricting the teaching of critical race theory and other subjects, such as the 1619 Project. Several other states have already taken action to enact bills that restrict teaching on racism. Texas Lt/ Governor Dan Patrick responded in February to the University of Texas pushback:

The Lt Governor promised Senate Higher Education Committee hearings during the next legislative session. Essentially the hearings will teach faculty members of public universities a lesson in Texas politics.

Many states, however, have limited their laws to restrict K-12 grades, and don’t address the university systems. Anticipating action by the legislatures, the universities are pushing back against the idea that governors and legislatures should be able to restrict their curriculum:

Joan Bertin, who heads the National Coalition Against Censorship, said that when state legislators use their financial clout to punish or deter universities, they undermine them as places where a wide range of ideas—including controversial and unpopular ones—can be explored and discussed.
‘When state legislatures meddle in purely academic affairs they not only undermine the quality of education but also tread on constitutionally shaky ground,’ said Bertin, whose coalition is comprised of 50 artistic, educational and other nonprofit groups. ‘Curricular decisions must be based on legitimate education grounds, not popularity, politics or personal preferences. The integrity of the education system depends on respect for First Amendment rights and academic freedom, and legislators who truly care about education understand that.’

Although some states have threatened to withdraw funding for the universities for following a woke agenda, they sometimes decide not to follow through. There are a few ways to put teeth in these threats: 1) determine in advance that action will be taken and that the universities will be held accountable (2) establish a legislative oversight committee that has the power to investigate the curriculum being taught and; and (3) commit to taking action.

I also think creating a body of governors from red states (and any blue states that have the gumption) to meet regularly to exchange ideas for restoring a traditional public university curriculum would provide political support for the states, too.

When state law is violated regarding curriculum, cut funds as promised. Funds won’t be restored until proof of corrective action is provided to the oversight committee of the legislature.

Although half-hearted efforts have been made by some university administrators to protect free speech, the Left’s agenda to punish conservative speech made by teachers and students continues. We need to resurrect the understanding of the tenets of free speech in the public university:

During the 1980s, however, some scholars and activists on the left started to propose restrictions on racist hate speech as well as violent and degrading pornography, on the ground that these forms of expression undermine the equality of women and minorities.  In response, some conservatives began to develop a more libertarian position, which appealed to the First Amendment as a bulwark against what they regarded as the dangers of political correctness.  In recent years, this conservative-libertarian approach has become one of the most important currents in First Amendment law.  The federal courts have increasingly used this approach to strike down regulations that seek to promote liberal or progressive values.

Legislatures and governors in particular need to waste no time in moving against the public universities. Given that even blue state legislatures may turn red in the November mid-terms, there’s no excuse for letting the woke agenda continue to destroy the lives of our conservative university professors and their students, and in the process, extinguishing the freedoms that we believe in.

[Photo from Leon Wu at Unsplash.com]