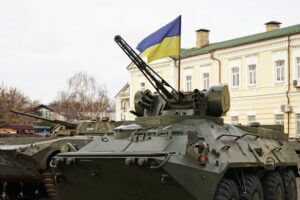 If America has learned anything from foreign entanglements over the past century, surely it is this: enemy conflicts must be engaged only if our vital interests are at stake. A war worth fighting must have clear objectives and a path to victory.

Clearly in WWII, all options save winning were unthinkable. We did win and the modern classical liberal order was created.

We had no such resolve in Vietnam. Worried about riling China and with growing domestic programs to fund, we fought not to win but for containment and so lost to a determined foe. America was humiliated, forfeiting immense blood and treasure as well as our national self-confidence.

Meanwhile, the Cold War spanned 45 fretful years during which the world became more dangerous. Neither side could afford to fall behind in the nuclear arms race when Mutually Assured Destruction was our defense against annihilation.

The Middle East wars were fought without particular strategic goals and no endgame. We seem to believe we could mitigate Islamist terrorism through nation-building and intervention in centuries-old intertribal conflicts. We finally beat a disgraceful retreat with little to show for our losses.

Yet these lessons of history seem lost on our current administration’s response in Ukraine. We don’t want our proxy, Ukraine, to lose but we’re not committed to winning either.

The heroic Ukrainians have fought to a virtual standoff. Yet, as a result of our indecisiveness, the outcome remains in doubt.

The seminal question was: why get involved at all? Is the Russian aggression basically a regional dustup, like our Middle East debacle? Or does a hegemonically ambitious autocrat represent an existential threat, analogous to the prelude to WW II?

Most Americans seem to realize this conflict has implications beyond the ancient Russian/Ukrainian grudges. If Russia successfully breaches Ukrainian sovereignty, it will be the end of the international rules based order that has sustained general peace and prosperity since WWII. Moreover, if nuclear weapons or their threat are decisive, it will embolden rogue states everywhere, including China and Iran.

President Zelensky has pleaded many times for faster delivery of air defenses and anti-missile systems. Yet our aid to Ukraine has been halting and inadequate. Not until late April did the Biden administration announce it would ship 90 desperately needed howitzers.

When the US finally decided to provide Ukraine with MLR (multiple launch rocket) systems, to defend against Russia’s unremitting air attacks,

only MLRs with a 70 km range, not the 300 km range necessary to reach Russian targets, were provided.

Too little, too late. Ukraine’s foreign minister lamented that if Ukraine had received more weapons earlier the situation today would be “much different… much better.”

Meanwhile, the unimaginable human toll, the death and destruction of Ukraine, continues to mount. Last month, the UN development agency announce that if the war continues, an astounding 90% of Ukrainians would be at or below poverty levels.

According to the UN refugee agency, 13 million people have been displaced, which has serious political and military consequences. When Ukrainians are scattered, it makes unity more difficult and Russian control easier. A hollowed-out Ukraine also enables Russia to take more Ukrainian territory at war’s end.

US hesitation to provide more robust help to Ukraine is based on the fear of escalation and possible nuclear war with Russia. Some have urged Ukraine into an armistice that involves territorial concessions.

But that wouldn’t stop the bear. Instead, it would incentivize further military incursions. Over-caution could actually increase the possibility of escalation.

Biden and NATO have repeatedly ruled out direct military involvement and nuclear deployment without getting any concessions in return. Our weakness sends a message to Russia and other aggressors that threatening nuclear weapons works to soften western resistance.

The free world must decide what it stands for and how to meet this moment. If we don’t thwart Russian ambitions now, it will likely get more dangerous in the future. Ukraine, for their survival and ours, deserves protection now.