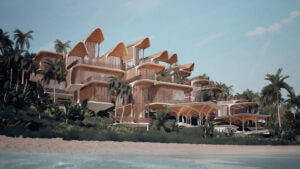 A promising community is bringing investment, jobs, and technology to the poor nation of Honduras. Unsurprisingly, the Left wants to snuff it out.

Próspera is located on Roatán, a Caribbean island about 40 miles east of the mainland. With approval from the government and security via international treaties, a group of investors created an oasis of low regulations, fair taxes, and the best legal protections offered by common law. This Zone for Economic Development and Employment (ZEDE) is a special jurisdiction anchored in the Honduran Constitution that allows Próspera to establish semi-autonomous legal, administrative, and regulatory institutions.

The goal was to create a business-friendly environment similar to Singapore or Dubai right here in the Western Hemisphere. Honduras, mired in poverty for generations, could finally catch up with the rest of the world and the wider region would benefit alongside them.

Fast-forward to November 2021. The former president’s party was tossed out in scandal and leftist President Xiomara Castro was elected. Political instability is normal in the region, which is why Próspera ZEDE was backed by a constitutional amendment and other protections promising a 50-year guarantee.

The new regime ignored its own constitution and is attempting to shut down Próspera anyway. Now, they’re even thinking of trashing the entire constitution and writing a new one from scratch.

This is how the international left works. Próspera is a rare economic bright spot in the country, so it must be destroyed. Perhaps Castro saw Venezuela’s oil industry and wanted to mimic their success.

I say “international left” for a reason: this is not just about Honduras. Cuban-backed protests and campaigns just got a former terrorist elected to Colombia’s presidency. They want to turn all of Latin America red so the region can share in Havana’s collapsing buildings, 1950s technology, and violent repression.

Próspera’s English-language Twitter account posted a masterful takedown of The Guardian’s piece. I’ll do an abbreviated version of my own.

One of Ernst’s lies is that residents of the island were blindsided by the project and now oppose it. In reality, the first thing Próspera did was meet with the locals, show them all their plans, and even invite them to vote for or against it. A majority gave it a thumbs-up and now more than 70 residents work for businesses in the zone. According to a Gallup poll, only 3 percent of Honduran voters opposed the community enough to base their vote on it.

After talking with the residents, Próspera built a community center that hosts an after-school tutoring program.

Honduras Próspera keeps delivering success for Honduras. Enthusiastic co-creators like Virginia Mann are serving the community and working to improve the welfare of all Hondurans. pic.twitter.com/NYe42LLJlh

The Guardian also dismisses the project as some kind of radical libertarian fever-dream, ignoring the obvious parallels to Singapore (or Hong Kong before the Chinese Communist Party strangled it). It’s not a partisan passion project: Próspera simply implemented the best practices from across the ideological spectrum.

Yes, taxes and regulations are low, but environmental protections are high to protect the island’s pristine character. It has the strongest property rights protection on earth yet mandates a minimum wage 10% to 25% above the national rate. All these facts are readily available on their website. The Guardian ignored them.

Speaking of property rights, Ernst repeatedly warns of the “expropriation” of sovereign Honduran land. I’m not sure why crazy “libertarians” would start using socialist tactics, but all the legal documents fiercely protect national sovereignty and Hondurans’ innate right to keep their own land.

Everyone should endorse the idea, from economic justice warriors to tech bros to unemployed Hondurans to environmental activists to Americans not wanting their southern border flooded to businessmen wanting to move their operations from China to struggling Honduran politicians.

What’s strange about the campaign against Próspera is its futility. If the experiment doesn’t generate a mini-Singapore in the Caribbean, the leftists can laugh at the evil capitalists and Yanquí colonizers. If it works, the government gets flooded with tax dollars, unemployment drops, and Honduras vastly increases its influence with other world leaders. It’s the ultimate win-win.

Looking at the venom cast by the international left, it’s obvious they aren’t afraid the project might fail. What they really fear is Próspera succeeding.