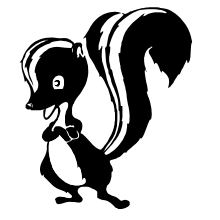 On Tuesday, my wife and I went to see Top Gun: Maverick. As we are both retired, we took advantage of a Tuesday midday ticket price of $6.75 each. We enjoyed the movie, especially the lack of woke messaging in the film.

The Darkstar aircraft at the beginning of the movie featured the Skunk Works logo. My late father worked for Lockheed. He and my mother took the legendary aviation engineer, and Skunk Works leader, Kelly Johnson out to dinner one evening.

When the Top Gun: Maverick team was looking to push the envelope and stand true to Maverick’s Need for Speed, Skunk Works was their first call. With the Skunk Works expertise in developing the fastest known aircraft combined with a passion and energy for defining the future of aerospace, Darkstar’s capabilities could be more than mere fiction. They could be reality…