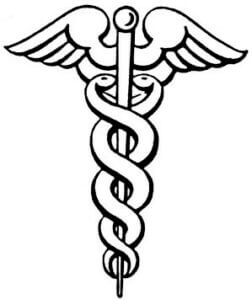 I don’t know whether to laugh or cry.  I think those are the only two possible reactions.  YMMV.  She said, in a sudden outburst of IAB (Internet Acronym Behavior).  Crimenutely.  (I’d use the Internet acronym for that, if I could, but as far as I know, there isn’t one.  Yet.)

Somewhere, on today’s Daily Telegraph site, amidst the driveling over the Duke of Sussex’s “guttural” (as reported by his wife) reaction to the overturning of Roe v Wade, and the mourning over the death of Dame Deborah James–a lovely and real heroine in the fight against “bowel” (known in the US as “colon”) cancer–is a moronic “news briefing” suggesting that (this is the actual headline) “UK should offer American women free abortions, say doctors.”

Now, I don’t know how many of you know how much about the UK National Health Service. It’s supposed to be the jewel in the crown of British social policy.  The world’s best socialized medicine. The Brits seem overawed by its magnificence in the way that populations love the sandy beaches and the picnics of their coastlines–that is, until they discover the marching ants, and the way that the sand tends to get into all their private creases, gets really itchy, and renders them completely miserable.

And so.  What I know about the NHS, over decades as a British native struggling to find the means to assure her family’s health, and whilst listening to others in my family perfectly capable of doing the bit for themselves and still finding themselves adrift (parents, siblings, in-laws, friends–you name it–I’ve been there) is that the NHS is far from perfect.

A quick Google search makes the point.  Patients drinking the stale water from their floral gifts because no-one on the staff brought them hydration alternatives.  Patients waiting months, or years, for rather simple exams and tests that might have been life-saving, had they been delivered in time.  Mothers desperate upon discovering that the remains of their stillborn babies were used as fuel for their hospital’s “heating plant.” (This was my mother’s own personal nightmare, in case anyone is interested.)  Refusals of general practitioners (PCPs, for the American audience) to meet with sick patients in-person for fear of Covid concerns.  I could go on and on in this sick-making way.  But, I’m hoping, without further ado, that you get the idea.  If not, please search on your own.  You’ll thank me, I promise.

Still, today, it seems, the British Medical Association, which apparently finds itself with time on its hands, having excellently provided medical care for all British citizens over the past 2-1/2 years (sarcasm off), is concern-trolling American women who may not have access to enough abortion rights in states which aren’t minded to allow the procedure to excess:

But in an emergency debate on the issue on Wednesday, the BMA agreed doctors would lobby to “support the provision of free and safe abortion care to all nationals seeking this in the UK, without subjecting them to the overseas patient upfront tariff, regardless of borders”.

National Health Service, please take care of your own.  You recently commissioned a report led by a veteran “Sir” of the Iraqi war campaign (Gordon Messenger) which turned out to be nothing more than a plea for more diversity, inclusion, and equity at NHS management levels, and which seemed to have little to do with what actuates and improves patient care for actual–you know–patients.

When you can demonstrate to me, and to members of my family in the UK who have been suffering under your inadequate interventions over the past years and decades that we should listen to you, then perhaps we’ll budge.

If ever there were a case for, “physician, heal thyself,” this might be it.

And, if you can’t get your head around that, perhaps you should  “do the other thing” (h/t my mum). 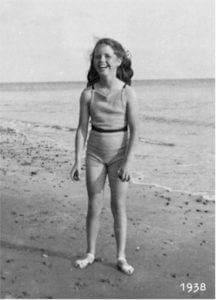