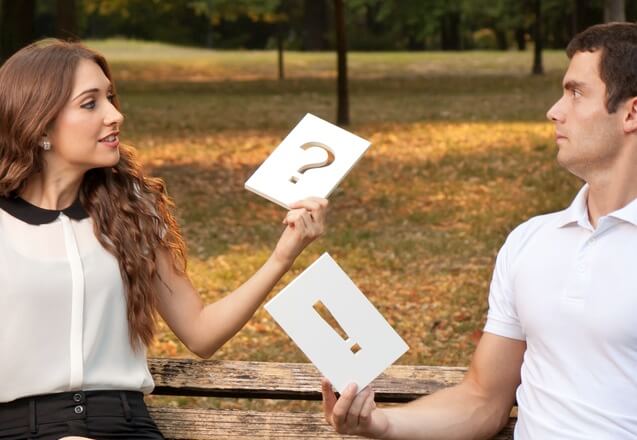 Women. In the words of Forrest Gump, they’re like a box of chocolates. You never know what you’re going to get until you take a bite.

You men know exactly what I’m talking about. One day, she can’t keep her hands off of you. You come home from work and she’s smothering you with kisses, ripping your clothes off like a wild animal before you can even catch a breath. The next day, you come home, looking the same, acting the same, and you’re met with eyes blazing, nose flaring, and a barrage of complaints about how everything is your fault.

Okay, it might not be that extreme, but you get the picture. Passion. Depression. Anger. Insecurity. Joy. When it comes to women (most women, anyway), the moods change like the weather. This is not just a personality thing—though there are some personalities that manage these changes better than others—it is a gender thing.

Of course, this is a reality many feminists don’t want to talk about. If you do—especially if you’re a man—you’ll be pilloried. Women are no different from men, don’t you know? No different—except for our genitalia. Otherwise, we’re identical. All that moody stuff, all the ways that women change from Dr. Jekyll to Mr. Hyde with the cycles of the moon, just ignore that. It isn’t real. Just move along, nothing to see here.

But there is something to see here—and something that needs to be understood and honestly admitted. Premenopausal women (generally speaking) are affected by hormones and brain chemistry in ways men aren’t. Their moods shift; for some women, it’s subtle. For others, it’s dramatic.

Men are (again, generally speaking) much more emotionally constant. They’re the strong and steady ship that sails on the deep and beautiful ocean that is a woman. Like the sea, a woman changes with the cycles of the moon, and a man needs to be prepared as he rides the shifting currents.

Such a thing isn’t easy, and many men, I suspect, don’t even fully understand that this is happening. When a once-gentle woman transforms into a shrieking harpy, he immediately assumes it must be his fault. Or worse, he thinks she’s crazy, bipolar, selfish, or disturbed. The woman, of course, perpetuates this myth by not understanding herself and assuming it’s the man’s fault. He’s insensitive, self-centered, and unhelpful. If he would just do whatever it is she wants him to do in that moment, she would be happy again.

But it isn’t his fault. And she isn’t crazy. It’s nature. The same is true for those lustful phases. Sorry, gentlemen, but when a woman gets all hot and bothered and is sending you flirtatious texts with promises of sensual delights when you get home, it’s not just because you’re so sexy and desirable (even though you are). It’s because of her chemistry, the phase of the moon, and the fact that she feels good about herself. That doesn’t make her selfish. That makes her a woman.

When a man can understand, accept, and embrace the shifting phases of a woman, he will be better able to love her. But he can’t do it alone. A woman needs to understand it too. She can’t deny her true nature. She can’t fall for the nonsense that she’s just a curvy version of a man. She can’t assume that if she’s feeling angry or depressed or insecure then it must be his fault. If she does make this assumption and refuses to accept herself for what she is and learn to manage it, to control it, she’ll push him away as he grows weary of her abuse.

Peace in relationships will be easier to attain when men and women see themselves and each other in the light of nature. A woman can then become more aware of her own cycles and prepare herself mentally to deal with them, reminding herself as best she can that these hostile feelings are not caused by other people but by her hormones. She can then take steps to redirect her feelings in more healthy ways instead of lashing out at every little thing that irritates her.

A man can become more prepared as he sees past the phases and the chemistry, and remembers that the woman he loves is still there; she just has to work through this time. The best thing he can do is figure out a way to help her. Sometimes that means getting out of the house for a while. Sometimes that means just holding her—even as she lashes out. A man who can do that, who loves like that, is a man of strength. But he won’t be able to do it if he doesn’t understand first what is actually happening.