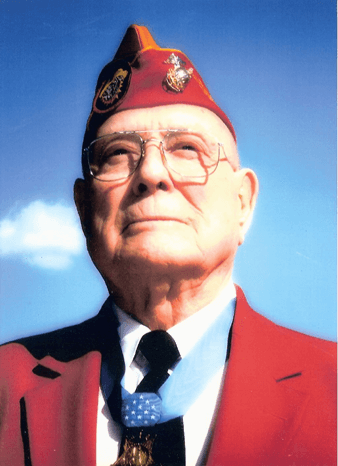 Hershel “Woody” Williams, the last of America’s Medal of Honor recipients from WWII, has passed away at the age of 98.

Now my wife’s table companion, this small, elderly man was there as the guest of the Pritzker Military Museum & Library, a co-winner of that year’s National Medal for Museum and Library Service. The Pritzker, you see, is where his Congressional Medal of Honor found a permanent home to be displayed for all to see. 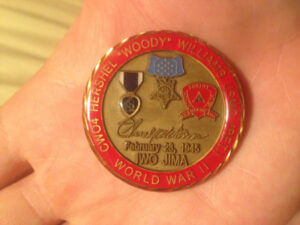 When my wife told him our (then) 13-year old son had an interest in the Corps, Williams reached into his pocket and pulled out a challenge coin. “Here, you give this to your son. Tell him he can do no better than the Corps.”

My son has now left the Corps after eight years. This coin remains one of his most prized possessions.

Woody spent the last years of his life fighting for veterans and for Gold Star families. Now it’s our turn to say, “Rest easy, Marine.”

(Parts of this essay were originally written to commemorate the Marine Corps Birthday in 2015.)