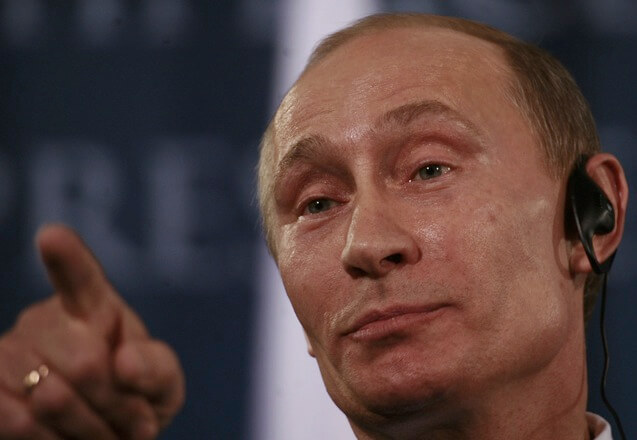 The typical conservative criticism of the Obama Administration’s foreign policy  — one yours truly has indulged on repeated occasions — is that it fails to account for willful aggression. Under the White House’s reading of the world, there are no animosities, just misunderstandings. Given this line of reasoning, the imperative of international relations is not so much deterring hostility as it is lifting our antagonists out of their false consciousness.

There are two varieties of liberal rejoinders to this proposition. The more forceful rebuttal is that this is nothing more than a caricature, a confusion of diplomatic subtlety with outright weakness. The more guarded version concedes that the president may have been naive in his earlier days, but has developed a more sophisticated reading of the world in office. Evidence for either is hard to find in the interview the president gave to CBS’s Scott Pelley this week, as reported by Politico:

“I think [Putin’s] been willing to show a deeply held grievance about what he considers to be the loss of the Soviet Union,” Obama said in an interview with CBS that aired on “CBS This Morning” on Friday. “You would have thought that after a couple of decades that there’d be an awareness on the part of any Russian leader that the path forward is not to revert back to the kinds of practices that, you know, were so prevalent during the Cold War.”

Obama attributed Putin’s feelings to a sense of nationalism.

“He’s said that he considers the breakup of the Soviet Union to be tragic,” Obama said. “I think there’s a strong sense of Russian nationalism and a sense that somehow the West has taken advantage of Russia in the past.”

Obama told CBS’s Scott Pelley during the interview, recorded Friday in Vatican City during Obama’s swing through Europe, that it is “well-known” Russia is massing troops along the border with Ukraine, though whether their intentions are intimidation or something more remains unclear.

He said that the U.S. has no intention of inhibiting Russia, but that it does intend to let Ukrainians decide their future.

Putin may be paranoid — a lifetime spent in the KGB followed by a stint holding together a massive country through brute force will do that to a guy — but are his analytical skills the ones in question here?

Best I can tell, he reasoned that the West was in no mood for a fight, with America gun shy from the White House on down and Europe in hock to Moscow for energy. He also knew that Western handwringing over Crimea’s historical affiliations with Russia would create a fig leaf for inaction — and while career diplomats stroked their chins in Foggy Bottom, Russian armored personnel carriers could take up residency on the peninsula.

No doubt, there is a head of state misunderstanding the situation here.

In case you’re wondering, he’s the one whose side is losing.