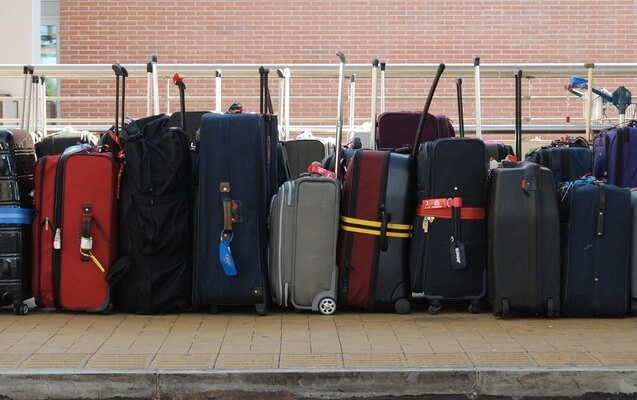 Are you planning on traveling by air soon?  Here’s a story to keep in mind when you pack your bags.  Police in Los Angeles have arrested six LAX baggage handlers and are seeking others involved in the theft of valuables from checked luggage.  “Basically everything of value — be it electronics, jewelry and items — that could be stolen in seconds would be removed from bags,” LAX Police Chief Pat Gannon told the Los Angeles Times. “They’d just open up the suitcases and rifle through them and pocket valuables.”

Anyone who has spent time around an airport knows there is no such thing as secure luggage, especially when TSA rules prevent you from locking your bags in the first place. But few travelers realize how exposed their luggage is as it makes its way from the airport ticket counter or skycap stand to the carousel at their destination airport. Any number of TSA screeners, airline employees, and contract workers have access to checked luggage, and the dark recesses beneath the terminal through which your bags must pass on their way to and from the airplanes provide an ideal environment to anyone wishing to rifle through a suitcase and come away with a camera, some jewelry, or anything else a thief may desire. A Google search of the phrase “baggage handler arrested” yields about 229,000 hits.  “TSA screener arrested” yields 70,100.

And if you forget something at your seat when you arrive at your destination, you might as well forget about it. It was once my misfortune to leave an iPod and a pair of Bose headphones in my seat pocket on a flight from New York to San Francisco. I realized my mistake before leaving the airport and made my way back to the plane before it left on the next flight. My things were gone, and could only have been discovered by someone from the cabin-cleaning crew. My appeals to representatives from the airline were met with a shrug. “Maybe they’ll turn up,” I was told. Sure, I thought, and maybe Judge Crater will too.

Some years ago, an investigation I was involved in took me to LAX and all the way to the cargo hold of an airliner, and I was surprised to find gang graffiti scrawled on the interior bulkhead as though it was a wall in some South-Central alleyway. It was a revelatory moment, and I came to learn this was common. The bottom line is this: any airport is a den of thieves, and anything you hope to keep beyond the duration of your trip should be kept within your view at all times.

You’ve been warned. Have a nice trip.