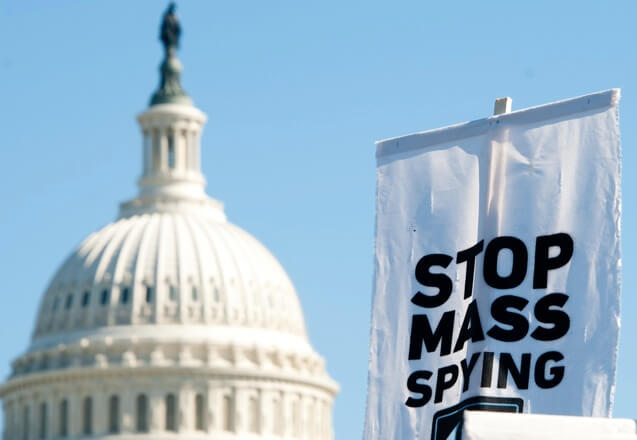 Critics must return to earth and remember that the program was set up in 2001 in order to, as President Obama himself has acknowledged, “address a gap identified after 9/11” in tracing “the communications of terrorists so we could see who they may be in contact with.” The answer was to analyze metadata on millions of phone records from telecommunications providers in order to learn the numbers dialed by known terrorists. Only if analysis linked a pattern of suspicious calls to a terrorist could the government seek a warrant to learn the identity or content of the communications. In fact, far from involving unprecedented access to individual phone records or (in the case of the PRISM e-mail-surveillance program, launched in 2007) e-mail addresses, the NSA program is simply one more variant on the data-analysis techniques used by commercial companies.

With an eleven-judge panel overseeing every step, NSA handles data with a lot more care and supervision than Facebook or Google. Out of the thousands of NSA employees, for example, the phone database is handled by 22 technicians, and far from being deathly secret, their operating procedure is transparent, even (compared with the metadata’s possible uses) banal. Algorithms sift through mountains of phone calls, including overseas calls, matching phone numbers to numbers with known terrorist links. Only when the technician can show one of seven superiors “a reasonable, articulable suspicion” that the number could be linked to a terrorist network is he or she allowed to pull up the dates of calls made and received over five years, the other parties’ phone numbers, and the durations of the calls — and nothing else. The analyst may not listen to any calls, or read any text messages or e-mails sent on that phone, without a court warrant. Only after the NSA confirms a terror link through other sources can it pass the investigation on to the FBI, which can then seek a warrant for a wiretap.

You have to be an NR subscriber to read the whole thing, which can be found here.