John first penetrated my awareness in the gospels. He was an Elijah, a Jeremiah, an Isaiah, in an age when the prophets had been silent for 400 years, and in an age when, to my young mind, no other prophets were needed. The Son had come. The demon Baal and his profits were now truly and utterly and forever defeated and cast out.

If the feet of the Son trods the mountaintops publishing peace, what is this mere prophet doing here? And the Son tells us, John is the greatest of all the prophets. Not that the Son isn’t a prophet and immeasurably greater than John, but the Son is something that is the epitome of so many titles. Prophet, priest, rabbi, king, shepherd, son … friend. He chides John to baptize Him despite the odd asymmetries of that moment, to fulfill all righteousness. I have read commentaries, but I am still convinced that the full and exact portent of those words will not be shown to me until the fulfillment of the promise of the resurrection of the body, when I ask Him to His face.

I had a younger brother. I was very young at the time, but am still gifted with the odd memory of mom presenting her swollenness so that I might feel my brother’s kicks. And he was, indeed, a kicker. Have no doubt. But he never kicked for me, and because this was such a special thing it saddened me. The sadness is what I remember most keenly, there was life here, a sibling I had never seen, but it was hiding from me. (No children, this was before all of that, there would not be a brother in the equation until he issued forth from our mother’s womb, dingus and all. We did not pry at the mysteries then as we do now.)

So when, in the King James, my still very young eyes came to Luke 1:41, “And it came to pass, that, when Elisabeth heard the salutation of Mary, the babe leaped in her womb; and Elisabeth was filled with the Holy Ghost” Babies kick for everyone else, I thought at the time. But this one kicked to tell everyone, even me, two millennia later, the good news.

And there was darkness in the separate water fountains and bathrooms and hotels and clubs for those deemed inferior by their breeding, or by the melanin content of their skin. I had seen these things, and heard of them. A darkness where the humanity of my friend, Calvin, or of the man who taught me the story of Noah, the great and horrible Bill Cosby, did not somehow arise to that of others. My puny eight-year-old fist balled tight. If you are not of their tribe, you are not of mine.

And then, when I heard what abortion was, barely comprehending, I discovered a depth of darkness I had never imagined. Among the first explanations I heard was the one that black mothers in economic distress needed to do this to make a life for themselves. So, if the other will share our water fountains and our bathrooms, we should lead them to kill their innocent babies by the millions so that we may be less so burdened? An act of cosmic retribution for the impudence to claim the personhood that they already knew in Christ? Reach cold instruments into their mother’s protecting wombs and slice them ruthlessly into marketable bits for the enrichment of Dr. Lamborghini and Dr. Porsche?

Thomas Jefferson’s trembling for his country on reflecting that God is just has long been my trembling, as well. But it got worse.

The next shoe to drop went even further. Parental consent, and even parental notification. Those august figures in Washington and the state capitals did not stop with letting their children and their grandchildren be butchered by Dr. Lamborghini and Dr. Porsche. That was not bad enough. Not dark enough. Not evil enough. No, they averted their eyes and abrogated all parental authority for all parents. Stalin and Hitler would have been proud.

And the Apostate Biden and the Apostate Pelosi claim, in the purest of blasphemies, that abortion is a sacrament, a fundamental Christian right. An exorcist that I know of relates the story of the demon that threatened his mother. He took this personally, and began thinking of tortures appropriate to a demon that would dare to threaten his beloved mother. And, perhaps checked by the darkness of his own thoughts in a moment of testing, he prayed to the Almighty that He might punish this demon in a way that was harsher than any punishment the demon had yet known. His prayer was answered, and seeing how it was answered the exorcist suddenly appreciated the capacity of the Infinite for wrath. I pray these smug, corrupt apostates repent. The alternative is too horrible for mere mortals to imagine.

John leapt in the womb. No blob of tissue, but a human being possessed of a soul and a body and a heartbeat. And deserving of our love and protection. My joy is reflected on the face of the justice who has waited an entire career to strike this blow against the demonic. May the Lord bless the five justices. I am not yet ready to ask for His mercy for the others. 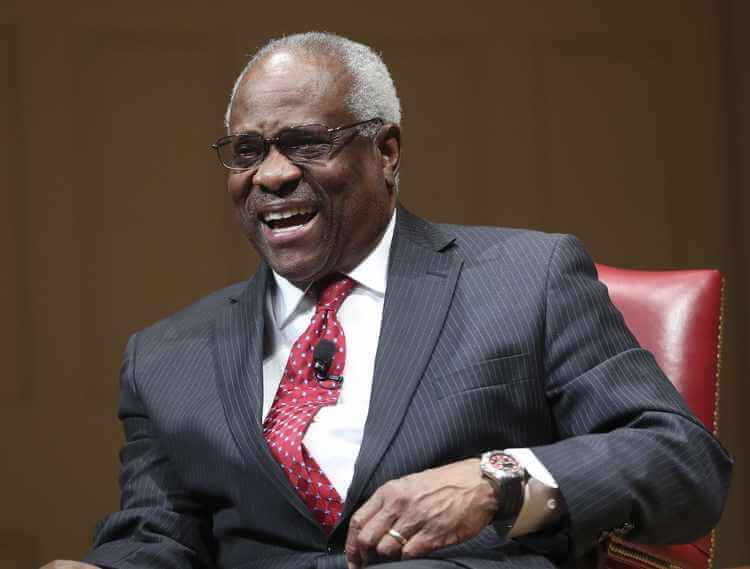