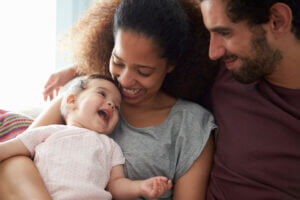 In 1965, Daniel Patrick Moynihan wrote a landmark report in which he contended that the rising number of black families headed by unmarried mothers would reduce the prospects for Blacks to rise out of poverty, in spite of that era’s landmark civil rights legislation.

Moynihan was furiously denounced for his efforts. But he was proven right and he would be even more correct making the same observations today.

It’s been a tough half-century for families. Although Moynihan focused his concerns on Blacks, family breakdown correlates as much with income level as it does with race.

Because there are more low-income Blacks, more black children are raised by single mothers, but the overall percentage of births to unmarried women has gone from 5% in 1960 to 40% today. In 1970, 84% of US children spent their entire childhood with both biological parents. Today, about half do.

Partly because of the withering criticisms directed at Moynihan, the chattering classes have mostly avoided the issue of family deterioration, at least until recently. But the consequences have been enormous.

Harvard economist Raj Chetty analyzed the causes of income disparity and concluded that “the strongest and most robust predictor is the fraction of children with single parents.“

In fact, there is scant evidence that race or racial discrimination causes the multiple economic and societal problems associated with family breakdown. Government spending doesn’t seem to have any effect, nor even does education explain the income gap. It’s family status itself.

So what caused families, long our core civic institution and the means for passing on our values, to falter? There’s no easy answer, of course, but scholars note a sea change in our views of almost everything that began about the middle of the last century.

It wasn’t all bad. Many of the changes extended civil rights and created a more fair society. But some of the “progress” has been tough on the kids.

For example, it’s not judgmental, just descriptive, to note that the increase in cohabitation has resulted in more unstable family structures.

Even with children, cohabiting couples break up faster and more often than married couples. Unmarried fathers are even less likely than divorced dads to form lasting bonds with their children. What may appear to be simply a matter of documentation can have a profound impact on the well-being of children.

Changing mores regarding sex before marriage has resulted in millions of young women bearing children for which they have made no financial or other preparations.

It’s not judging, it is the essence of caring for each of us to do a better job of informing these potential mothers of the catastrophic lifelong consequences of their casual decisions, both on themselves and the new life they are bringing into the world. We should also do a better job of making unwed fathers, many of whom openly boast about the children they are not raising, accountable for the consequences of their actions.

As Ronald Reagan might say, “government is not the solution to this problem. It is the problem.” There’s no question that the Great Society welfare rules, requiring recipients to be unmarried and unemployed to qualify for benefits, led to countless women making the sensible decision to “marry the government“ rather than the uneducated, undependable father.

Government has also mortally harmed families by taking over many of theIr traditional functions, especially care of the young and the aged. Families traditionally stayed together to assure that those unable to provide for themselves would be sustained.

Today, it is assumed that the elderly are entitled to be cared for by the government. Some adults are known to simply walk away from their families because they don’t see the need.

We need sound, strong families for all Americans, not only the wealthy and privileged. It would help if government did less harm. But we need to do a better job of protecting and prioritizing our families, respecting the outsized role they play in making our country strong and our lives worthwhile.