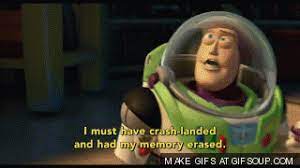 Now understand, I don’t usually root for bad box office.  I love going to the movies and post-pandemic I want movie theaters to prosper so I can continue to go. But I am not rooting for this film.

There has been much speculation about the reasons for this film’s failure. The last three Pixar films (including the excellent, Soul) have gone straight to streaming, included free with subscriptions to Disney +, so many families probably decided to save their scarce entertainment dollars when it will probably soon be on the home screen anyway. Perhaps many were unclear on the concept of the film and how it relates to the beloved Toy Story franchise. It is supposed to be the film that launched the character Buzz Lightyear, which was so beloved by young Andy in the first Toy Story.  So instead of featuring all those beloved characters – Woody, Slinky-Dog, Mr. Potato Head, etc. – there is only Buzz.  I have talked to a couple of people that were annoyed that the character in the film is voiced by Chris Evans rather than the original Buzz, Tim Allen. (Could it be that the studio chose to use a different actor for political reasons? The more woke Evans over Allen who is rumored to be…Egad! A Trump supporter? No, no, of course not. We all know Hollywood is solely driven by profit.) 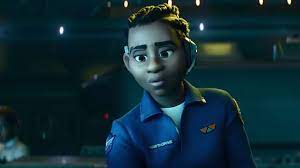 But there is another factor that surely lost this film some bucks, “the Kiss”. In the film, there is a brief kiss between a married, black lesbian couple.  After this scene was animated, it was for a time cut from the film because including it would lead to the film being banned in certain countries (particularly Muslim nations.) And, of course, the scene makes no sense in the context of the story’s premise. If Lightyear was a film made in the early or mid-1990s, when it would have been viewed by Andy, there is no way any studio of that time would include a lesbian couple in an animated film for kids, it just wouldn’t have happened at that time. (The first animated film targeted at a children’s audience which included a gay character that I know of is ParaNorman in 2012.)

So what led to the kiss being reinserted into the film? Why Florida’s “Don’t Say Gay” bill of course, the bill which censored all content about the Alphabet People (as Dave Chappelle calls them) from film, television, and print! Oh, that’s right, that’s not what the bill was called or what it did. The bill just said that schools wouldn’t explicitly teach sexuality to children in kindergarten through the third grade. But that bill led the executives at Disney to a public spat with Governor Ron DeSantis (#BestCandidate2024).  So Disney/Pixar apparently thought they would really stick it to the people of Florida by having two cartoon women swap spit in front of the kids. (Side note, “What is a cartoon woman?”)

Besides all this, the film just doesn’t look good. (The reviewer from Vanity Fair says this film “nearly reaches the nadir that is Cars 2” and Christian Toto dubs it “lackluster”.) Woody said of Buzz in the first film that he wasn’t flying, he was “falling with style.” May this film continue to crash quite painfully.