I moved three years ago and found a binder from my father who worked on Project Vanguard. Project Vanguard was approved in 1955 as the American attempt by the Naval Research Lab to launch a satellite during the International Geophysical Year (actually 18 months from July 1957 to December 1958). The Soviets were first with Sputniks 1 and 2. After the failure of Vanguard TV-3 (see below), the Army launched Explorer 1. But the three oldest satellites in orbit are Vanguards 1-3.

I’m working on an article for the 65th anniversary of Vanguard 1 next March (here’s an article I wrote for the 60th). My father designed the small test satellites which were launched before the larger Vanguard scientific satellites. Here’s the memo from Vanguard’s director John Hagen approving this (which I found in the binder). 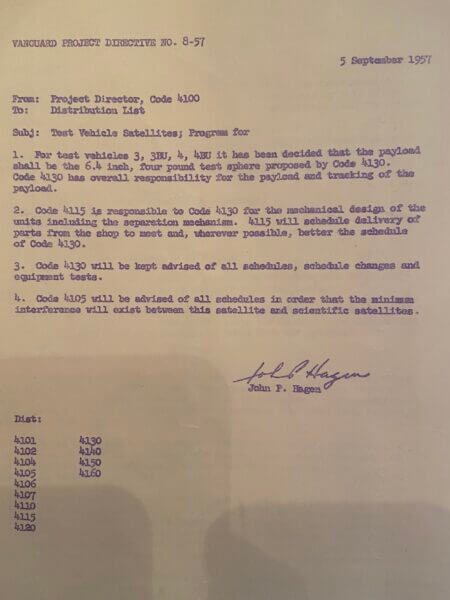 TV-3 blew up on December 6th, 1957. The satellite survived and was carried by my father on a commercial flight back to D.C. It sat in our house overnight and was in the National Air and Space Museum. The Museum is under construction. Here are pictures I took of the satellite and a picture of the failed launch. 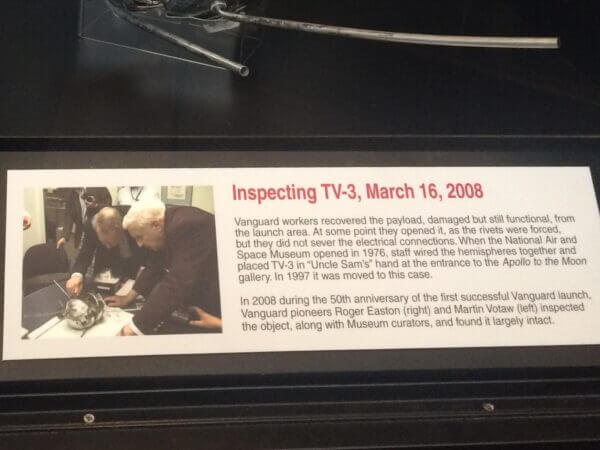 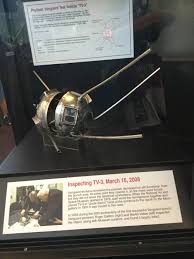 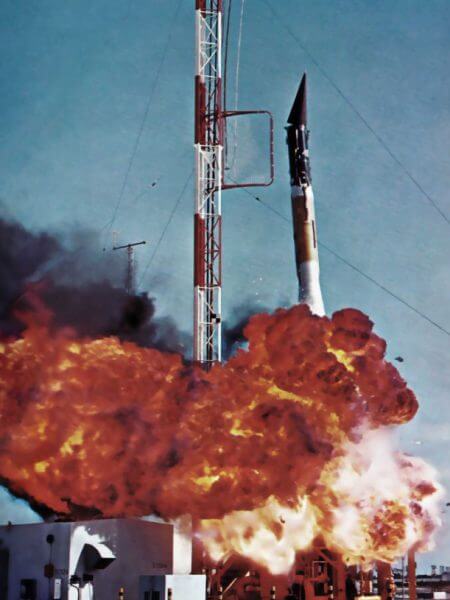 TV-3BU failed 57 seconds into its launch on February 5, 1958. TV-4 was successfully launched on March 17, 1958, and was renamed Vanguard 1. It was the first satellite to carry solar cells and is the oldest one still in orbit. Dad used to tinker with it on our dining room table. I’m wearing the red coat next to it. 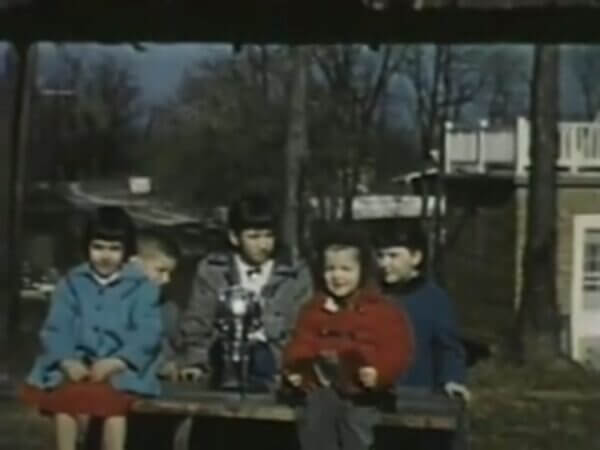 TV-4 BU was canceled and the following launches used the larger scientific satellites. But the tiny TV satellites paved the way for solar-powered satellites and space probes.