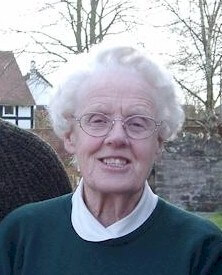 It happened to me last week during a conversation with my darling Auntie Pat. (Ninety-nine next month; may she live forever.)

I’d phoned her up, and after a false start in which she may have been holding the phone upside down and speaking into the earpiece (shades of my dad in the months before he died; of him shouting “I can’t hear you!” as from a great distance, and me bellowing at the top of my lungs: DAD!! TURN THE PHONE AROUND!!! to no avail).  Or perhaps she couldn’t find the button to turn the speaker on; something she really needs to do as her hearing continues to deteriorate. There are stories, told on the “Friends of Pat” network of her being overheard while she’s trying to answer the phone.  Of the answering machine coming on before she gets there, and of a bright, cheery voice saying, “Hello.  You’ve reached Pat’s phone.  She’s not here at the moment….”, while a grumpy elderly female (think the Dowager Countess), mutters–in the background–something like, “she bloody well is here, the bloody thing just doesn’t work….”

Bless.  A true Muffett, start to finish.  Proud to be of her lineage. Doing my best to uphold my end of the bargain.

So, anyway.  The other day, once we got things sorted and could hear each other across the miles, she was, as usual, charming, engaged, and perfectly on point.  A bit muddled about her birth date, it’s true–“I’ll be ninety-nine on the eighteenth of July!!” “Umm, Pat, I think it’s the thirteenth.”  “No, no, I’m sure it’s the eighteenth.”  Followed by a discussion of how she was born one day before her older brother Arthur’s birthday–“Yes, yes, he was born on the fourteenth,” and the final rather abashed admission, “Oh.  Yes. Perhaps my birthday is on the thirteenth.”

We got there in the end.

Then she started the interrogation:  “When’s your birthday?” she asked.  “Oh, not until September,” I replied.  “And how old will you be?”  “I’ll be sixty-eight.”

Now, every other time in my life, up to and including last year, when Pat and I have had this conversation and I’ve told her my age, she’s said something like, “Spring chicken!” or “Mere child!”  or “Ah, Sweet Mystery of Youth!”

Last week, when I confessed my upcoming chronological challenge she waited just a beat and then said:

Good Lord.  You’ll be catching up to me soon.

I won’t say I’m devastated, but it did give me pause.

(Not really.  If Pat’s anything to go by, I’ve got at least another three full and enchanting decades ahead of me.  And plenty of other role models in my family too, including Auntie Betty who enjoyed a torrid romance with her imaginary boyfriend, “John the King of China” in the years up to and following her centenary in this world.  May I, when I’m 102, have a nice boyfriend, even (perhaps preferably) an imaginary one.)

Has there been a moment in the lives of my fellow Ricochet geezers when external circumstances in the form of a reality check have suddenly intruded into your carefully constructed little world, and you’ve suddenly realized you’re old?  Please share. 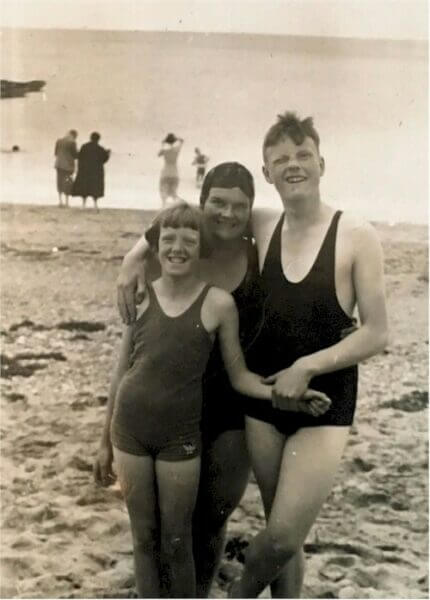 The three youngest siblings, Pat (front) Isobel, and Dad, 1934.
They shall not grow old.