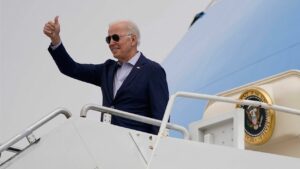 A recent poll asked about President Biden’s job approval. Among Democrat voters, 73% of them said they approved of the job he is doing. So Biden’s voters mostly support him. But this is less true among Democrat party operatives and elected officials:

“To say our country was on the right track would flagrantly depart from reality,” DNC member Steve Simeonidis told the NYT, adding that Biden “should announce his intent not to seek re-election in ’24 right after the midterms.”

“Democrats are like, ‘What the hell is going on?’ Our country is completely falling apart. And so I think we’re lacking in the excitement,” said Jasmine Crockett, Democratic nominee for a key House seat in Dallas.

The power structure within his own party is starting to wonder out loud if it might be best if President Biden were to step down very soon. But the reason they want him to do this is so that they can nominate another Democrat, which seems odd. 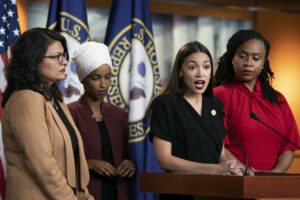 The Democrats have controlled the Presidency, the House, and the Senate for two years. When even those Democrats notice that America is quickly disintegrating under Democrat policies, they don’t recognize that this might have something to do with Democrat policies.

No. They just need more Democrats. And different Democrats. That should help!

This seems odd, but it’s common among leftists.

Brett Weinstein, whom I respect, was recently asked how he felt about the UN passing a “COVID treaty” in which the countries of the world would work together in future pandemics, to coordinate the power of their various governments for the common good. Mr. Weinstein explained why he was scared of this international power grab (emphasis mine):

Even if, in principle, in a well-governed world, this is exactly what we would want, And believe me, I’m a liberal, I know that we need governance at every scale that is important, And that means, that ultimately, we want some authority that’s capable of coordinating a global response, to a pandemic.  But I don’t want these people anywhere near that kind of power. They have demonstrated they are incapable of wielding it responsibly. So, I am very concerned about this treaty … These people are not good at managing a complex system, and they’ve shown us that again and again.

So he emphasizes that he’s a liberal, and is a proponent of strong government. But not with these people. He doesn’t want these people anywhere near that kind of power. 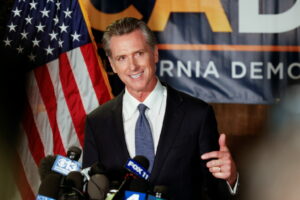 Just like the Democrats above, he thinks these centralized power structures will work if only they get the right people in power. The Soviets thought the same thing. So did the Romans. So do today’s Californians.

They believe that centralized power works. But not with these people.

Which leads one to wonder which people, exactly, could make centralized power work?

I believe that many leftists would think (although they may not admit it): “People like me.  Give me the power.  I’d do a better job than these fools.”

The arrogance and foolishness of such an outlook are absolutely remarkable. And, among leftists, very common, in my view. I addressed this phenomenon in a post I wrote five years ago:

Even as a freshman in a college philosophy course, I thought that Plato’s Republic was satire. “People will be happy and content under the absolute authority of kings? And who does this out-of-touch philosopher think would make the best kings? Philosopher-kings? Come on – is he serious?”

My point is that while both conservatives and progressives take a dim view of human nature, their different approaches to dealing with it might be because conservatives are also skeptical about their own human nature. They don’t trust themselves in positions of power any more than anyone else. While progressives believe that if we can just find the right leader (someone like them) and put him in a position of authority, then everything will be ok.

Perhaps that is the true definition of conservatism. I used to think that conservatives just believed in basic human rights, individual liberty, and constrained government. But progressives would agree with much of that. So perhaps the best description of conservatism is simply humility.

You are not perfect, and you should not be trusted with power. And neither should I.

It will be difficult for leftists to accept that the problem is not the people, it’s the leftism. No one can make centralized control systems work, for many and varied reasons. Some of those reasons are complex, like the interactions between powerful governments and free markets.  But they don’t have to understand all that. If they even understood one simple reason, that would be a start:

You are not perfect, and you should not be trusted with power. And neither should I. 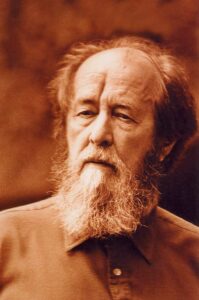 Solzhenitsyn looks disappointed in us. And he should be…

The more we centralize power, the worse things get. Every time. Everywhere. Every single blessed time.

It doesn’t matter who’s in charge.

So stop changing the people in charge. Change the system. Go back to a decentralized system of federalism like our Founders gave us. We don’t need to figure out how to do this. We already have an instruction manual: our Constitution. All we have to do is read it and do what it says.

On the other hand, it’d be easier to just vote for a nice Democrat — he says he really cares about me.