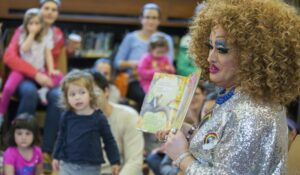 Things are really getting weird. A Super Bowl halftime show with rappers glorifying criminal gangs. Outrageously costumed drag queens reading to children at public libraries. Radical feminists demanding equal pay for women, while acknowledging that they don’t know what women are. It just seems so surreal. One wonders why this wild wave of weirdness is all happening at once. What’s going on?

I think part of it might be due to our culture’s power structure being based on the worship of victims. To gain power in our society, you don’t attempt to accomplish something great – you try to win the victimhood Olympics. That’s where the real power is. This creates an odd dynamic, with power-hungry leftists competing at being non-competitive. And as the game progresses, they eventually are stymied by the natural tolerance of the right wing. 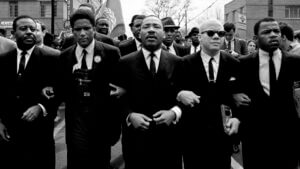 Those on the right are naturally more tolerant. If I want the right to do as I please, then I obviously must extend that right to you, as well. Which is fine, unless your power base is built on victimhood. When Martin Luther King pointed out that The Bible and The Declaration of Independence clearly stated that all men are created equal, the right-wing agreed with him and accepted blacks into society. Which created a problem for the Black Lives Matter industry, so they pushed the envelope from a suit-wearing minister with a doctorate calmly quoting philosophers to a Super Bowl halftime show with rappers glorifying criminal gangs. “Oh, so you welcome blacks into society, huh? Well, how about black criminals who deal drugs and shoot cops? Huh? I didn’t think so! I knew you were racist!”

The same sort of thing happened with gay rights. In just a few decades we went from welcoming gays as equals (thus stealing their power as victims) to outrageous drag queens reading to children. For gays to remain victims, they have to become more aggressive and more outrageous. This really pisses off one of my gay friends who said something like this recently: “In the ’80s we just wanted to be left alone. And honestly, we were. And now I can go out to eat with my husband and hold hands in the grocery store and nobody cares. It’s great. But these drag queens in libraries and stuff are going to mess all that up.”

Incidentally, I tested his theory several years ago. We were going to a Tennessee game in Knoxville, and I held hands with him in line for the will-call tickets. He was right. Nobody cared. (Although my wife and friends loved the pictures…). But other than my wife, no one else cared. At an SEC football game. In the Bible belt. We’ve come a long way. We should rejoice over the progress we’ve made.

But the activists aren’t happy about that, because that destroys their source of power. So they wear ridiculous outfits and read to children – hoping to provoke a response that they can capitalize on.

Not all of this is part of some nefarious plot, of course. Much of it is just human nature. When my kids were small, they were constantly trying to stretch the envelope: “Hmmm… If I can get away with this, I wonder if I can get away with that?” It drove my wife crazy, but I viewed it as a healthy process of them learning how to control their environment as they grew. 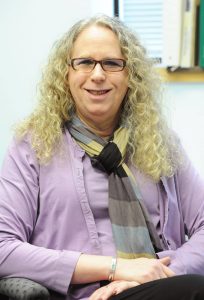 But my point is that every parent intuitively understands “broken-window policing.” If they get away with something, they’ll try to get away with more. We all do it. It’s just human nature. So some of this weirdness in our society is probably just childish attention-seeking.

But I think much of it is evidence of the left’s discovery that victimhood is more useful for gaining power than it is for holding onto power.

Once you achieve victimhood against the establishment and gain power, then you suddenly are the establishment, and all of a sudden you’re no longer a victim. So the power you used to gain influence disappears overnight. It must be rather jarring to the Jesse Jackson types.

It’s jarring to the rest of us, too, as leftists go from protestors demanding free speech to becoming censors and fact-checkers who seek to limit free speech. It seems like an odd transition, but as they lose their status as outsider victims, what else can they do? 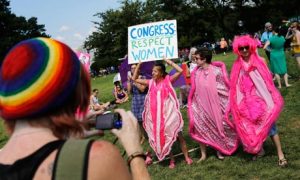 So as society becomes increasingly accepting of increasingly anti-social behavior, it becomes more and more difficult for radical wannabes to achieve shock value. Achieving exclusion from society becomes more difficult. Everybody from Dr. Ruth to Snoop Dogg to AOC have moved the needle of polite society so far left that it’s getting really hard to offend people. Which means that it’s getting harder for leftists to gain power via victimhood. If we accept them, they can’t capitalize on their outsider status.

So, power-hungry leftists are left with little option but to try harder. So things get weirder and weirder. Faster and faster.

I’m not sure where all this leads. But I know one thing:

You ain’t seen nuthin’ yet.