“Meteoric” is thrown about somewhat excessively as a description for rapid success stories. It’s a shame that’s so for two reasons. Firstly, if I had my way, grand words wouldn’t be wasted on even the pretty dang impressive; and second, the successes tend to burnout in pathetic fashion. A full professor at the University of Toronto cannot really be rescued from obscurity, but the ascension of Jordan Peterson shows that superstars can be made faster than ever before. (If former words for greatness are reduced to cliche, it makes one wonder if neologisms are in order.) On top of it, he’s approaching six years of abiding influence in the internet age. I haven’t sorted the attention span inflation rate, but that’s quite a feat. I can’t say what will come of the liberal experiment, but, if it has a real future, we might be discussing the most important figure of this careening chapter of its history.

There are a handful of presuppositions implied here–beyond the aforementioned survival of Western Civilization, which in any case will likely at least sputter along in such a way that noble optimists of centuries to come might be able to squint their eyes, tilt their heads and say, “Yeah! It’s alright.” That’s not what I’m talking about though… The next is that history manages to survive as a science. (I don’t know why this is so often taken for granted.) The most important one, which I’ll get to shortly, is that American conservatives are willing to jump in with both feet. The last is that someone more significant doesn’t come around. That’s something we could all reasonably hope for, but I can’t recommend waiting on it.

So what’s the big deal with Jordan Peterson? It’s a fantastic question, and I’d suggest that the collapse of everything we hold dear relies on us merely reacting to our rivals when they take a shot at answering it. Crackpot mediocrities aplenty have offered their expensive feminist, queer and racial theories with the hopes of taking out the hero of the basement dweller. A few have taken a more honest approach in explaining the crowds lined up around an auditorium where he’d been set to speak. I can recall one positing that the Peterson phenomenon is the result of an abundance of young men who didn’t have someone (id est, a father) to teach them the basics of life. While incomplete–even good fathers can’t do everything for their sons–at least we’re getting somewhere.

What interests me is that I’m not aware of any conservative journalists who have seriously wondered about the rise of Jordan Peterson. By that I mean, asking why this guy, whom I don’t think they don’t take that seriously, became the guru of everybody’s awkward nephew. I can state with confidence that his fandom includes the sons of good fathers, and even if I hadn’t had conversations with big fans who’ve either told me as much, or whose fathers I know, it would still seem worthwhile for “thought leaders” — many who are fathers of boys themselves — to inquire about this overnight sensation who’s enthralled the nation’s young men. There’s a surplus of articles criticizing the countless libelous statements made against him, but practically no discussion about what his rise tells us about our society.

Why they’re okay with all this is simple: Jordan Peterson is a very positive development. But positive or not, there’s something troublesome about this.

The smart guys who remember Reagan, Buckley, Friedman, Sowell, and other less prominent academics aren’t wrong to scratch their heads and wonder privately about Peterson. After all, the man isn’t a political philosopher, yet it was political activity that made him famous. But activity is the operative word here, and that’s why he means the world to the frightened young men of the rickety postmodern West. Here’s the video that first turned heads… it’s maddening to watch (trigger warning!), but extraordinary to see someone keep that kind of composure during it.

So how did an intellectual icon come out of that?

It didn’t exactly, but if we consider that there are guys who’d like to have a more commanding presence (because it is, and will always be, the thing gets men ahead in this life) it’s clear how an almost literal 15 minutes of fame were made. It turned out Peterson had the talent to make a lot more of it than what actually met the eye. After bravado made up for the fact that the episode above doesn’t allow for especially stirring speeches or particularly memorable… anything, the man concentrated on his hard-earned new followers and got creative. His publicly posted lectures started incorporating production beyond a single camera in the back of the room, and he took the stories youngsters are familiar with, The Lion King and Pinocchio, to educate them on his real area of expertise (Jungian psychology) to direct them toward manhood. (More recently he’s worked his way to stories they’re less familiar with. Like the Bible!) He began Q&A sessions to semi-directly answer fan inquiries about their troubles with everything from study habits to substance abuse, pornography addiction to the ever-widening plethora of diagnosable anxieties. It’s remarkable how much you can find by typing the guy’s name into a YouTube search box. And the number of views is staggering.

But in real life, there’s the Louvre problem.

Who knows how many fans he has–but for our purposes, and caution’s sake–I’ll just say there are three million of them. (I assume I’m undercounting by a bit.) Peterson’s roughly 60 years old. So if we gave him 30 more years of life–I think I’m being generous–and then, to counteract my generosity, subjected him to 24 hours of week-in, week-out service, all 365, to meet in-person with his three million fans, he would have–by my calculations–a little over five minutes for each. The man, special as he may seem, special as he probably is, cannot be everywhere for his admirers. And I think it’s safe to say that subjecting Jordan Peterson to 30 years of torture wouldn’t do much more to save the world than an endless library of thought-provoking video content. Even in the postmodern West, filled at this point with nothing but movable objects, a single mighty force won’t cut it.

This poses a problem.

But we’ve got something to work with. The rise of Jordan Peterson tells us that the young guys of our time, no matter how defeated, haven’t given up entirely. They don’t actually want to talk about their feelings. They don’t want to be more like what feminists say they should be, because they at least faintly understand that young women don’t really know what they want. They don’t want to be told how special and wonderful they are — they know they aren’t. What they’d like to do is to get their acts together. Despite all appearances, young American men yearn for greatness. And even if they won’t achieve it, and most will not, they need to strive for something worthwhile. To do so they’ll need guidance.

There’s a craterous opportunity for those of us who’d like to see a reversal of the wretched revolutions that have sapped our hopes for the future. The only question is whether we’ll act on the bittersweet good news. The right correctly frets over fatherlessness, and it’s becoming the case that in the land of the all-too-free, you could throw a rock in a crowd of people and your best bet is that it’ll land on a bastard or a child of divorce. Our dilemma is that nobody wants to adopt them. I can’t blame conservative adults for this. For one thing, they’ve had their hands full bringing up their own children. Another is that today’s youth are, generally speaking, among the most grating world has ever seen. But I’m not sure we have any other option than to do what we can to make up for other parents’ failures. I’m not sure this is something that’s so much new as it is forgotten.

I’ve always liked chatting with ole-timer men. Quite a few of the ones I’ve known really made something of themselves. I’ve noticed something that they all share in common that my generation commonly lacks. They all have stories about the men who took them under their wing. The self-awareness that comes with growing up, and the concomitant realization that one wasn’t as charming as they used to think they were, usually makes them wonder why their role models saw something in them in the first place. That doesn’t matter though. What matters is that the adults were on the lookout. 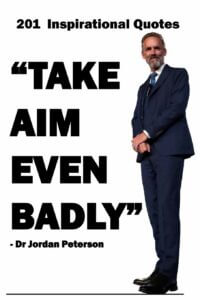 Without those (mostly) now-deceased even-older timers, I wonder if guys like my father (whose dad abandoned his family) or my mother’s father (whose dad committed suicide) would’ve stood a chance. Thankfully one was given to these guys whom an outsider might mistake for self-made. It was really something to see when, after the latter’s funeral, my family was approached by over a dozen men in their 40s and 50s to tell us that Bill–a father of nine–was like a second father to them. I can count myself as one of the many my grandfather collected (though I suppose grandfathers generally take a liking to their grandsons). But if I add myself and a friend, who’s the only other I’ve heard use the word “mentor” to describe a man who’d helped him get his career started, we’re still outnumbered by three peers who’ve told me that they wished they had the money to hire a “life coach.” I like the free market as much as the rest of you, but I’m not so keen on this innovation.

And it’s why I think there’s something of a Peterson paradox. The prosperity that’s a bit over-cited as a defense for Conservatism has begat such a preference for comfortable private lives that Americans lack the energy for even voluntary public service. It gave us the televisions and video games which have pacified young men, and then they go to YouTube for help. We’re right to appreciate Jordan Peterson’s contribution, but if we want to avoid the meteoric catastrophe we’re worried about–whether it comes tomorrow, or more likely decades down the line–we’ll have to get the boys out of the house, and we’ll need some men to help them figure out where to go.