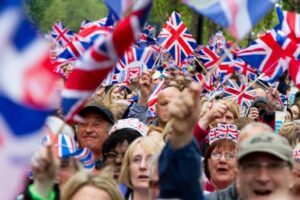 I’m proud of my country. Not in the Michelle Obama “first-time” sense, but one which, for once, I’m comfortable “sharing” (as the abominable Markle might put it).

My Lord, so many flag wavers. You’d think the country had turned “American” all of a sudden. Loved it, from the Horse Guards, to the Trooping the Colour, to the St. Paul’s service, to the “Party at the Palace,” and the grand finale of the pageant today. Cheesy, some of it? Certainly. Heartfelt? Definitely.

Not to mention the Paddington Bear skit. Can’t help thinking that stand-up comedy lost a master of comedic timing and delivery the moment Elizabeth inherited the throne:

Would that the 17-years-younger President of the United States were able to remember his lines and deliver them so perfectly, even with the aid of a TelePrompTer and when faced with real opposition, adversaries, or interlocutors. Never mind in a situation where he’s dealing with an imaginary green-screened CGI puppet. (At one point in today’s pageant, a hologram of 26-year-old Elizabeth appeared inside the gold Coronation State Coach. Just a thought, Joe Biden’s handlers, just a thought….). 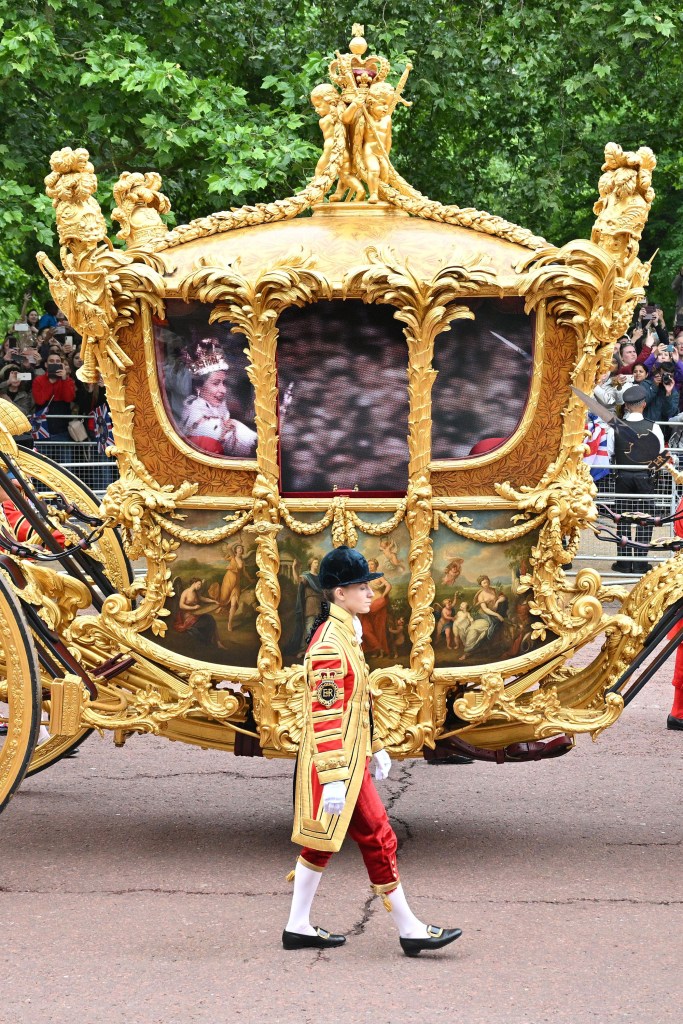 At the risk of triggering all you anti-monarchical folks (you know who you are–and I probably do too), I stand with Mark Steyn, who comes firmly down on the side of a constitutional monarchy as an excellent form of government. In a recent conversation, Mark commented on the difference between the Royal Family (THE royal family) and the US President, pointing out that the Queen (THE queen) got stuck in traffic (because no special arrangements are made for the monarch’s travel), and arrived late on her way to Buckingham Palace the other day, remarking that such a thing would never happen in the United States because–prior to the President’s appearance at any local event–all the roads would be closed for his 45-85 car motorcade, and the citizens of the republic would simply have to deal with the indignity of their own needs counting for nothing while their betters sailed along.

Can’t argue with that. ‘Cause he’s right.

Plus. And (as the late Mr. She might have said): The entire Jubilee spectacle was a massive middle-finger-in-the-eye to the Covid hysterics.

So, there’s that.  God Save the Queen!

PS: Full disclosure: Mum and Dad met the Queen and Philip on their 1956 tour of Nigeria. Dad’s favorite recollection is that of the Queen (THE queen), after a very long day, kicking back in a lounge chair in the Kaduna Catering Rest House, closing her eyes, and announcing “Cor, it’s nice to put yer pins up.” (Translation: “Lord, it is lovely to put one’s feet up on an elevated platform after such a day.”)

Haven’t we all felt that way, at least once in our lives?