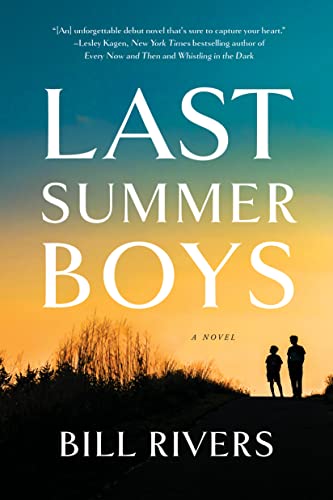 So one of my friends is a novelist, Bill Rivers, or rather he’s a young man with a career in D.C. who’s written a novel about kids growing up in Pennsylvania in ’68, getting involved in one way and another in the turmoil of America at that time. It’s a good summer read and I am looking forward to reviewing it. Buy it, read it, you’ll thank me and you’ll be happy to help a young conservative who puts his talent to work our side seldom rewards (link to Amazon). Well, I’m writing now because Bill and I met today, we walked around Capitol Hill and I asked him about himself, thinking about how I might introduce him on a show or in a review and his life story is too earnest to be believable; the phrase, I believe, is all-American.

Let me just give you the quick official bio about his work: “Bill Rivers grew up along the creeks of the Brandywine Valley in Delaware and Pennsylvania. A graduate of the University of Delaware, he earned an MPA from the University of Pennsylvania as a Truman Scholar, one of sixty national awards given annually for a career in public service. Bill worked in the US Senate before serving as speechwriter for US Secretary of Defense Jim Mattis, developing classified and unclassified messages on national security and traveling throughout Asia, Europe, the Middle East, and the Americas. He and his family live outside Washington, DC, where he still keeps a piece of a crashed fighter jet they found in the hills of southeastern Pennsylvania.”