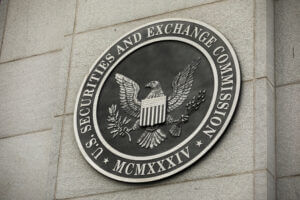 This past week, the Fifth Circuit Court of Appeals issued a long-overdue blockbuster opinion in Jarkesy v. SEC (2022), which attacks the very foundations of the modern administrative state of which I have long been critical. At issue in that case was a challenge to what is now standard procedure under the 2010 Dodd-Frank Act which allows, as Mario Loyola noted, the United States Securities and Exchange Commission (SEC) to act as “prosecutor, judge, and jury” in major cases that come before it. Why? Because the SEC commissioners: (1) formulate the charges; (2) then appoint an administrative judge on an ad hoc basis to hear the charges, inside the SEC and under SEC procedures; and (3) finally, execute and enforce any punishment. The SEC does this all without any judicial oversight until the appeal stage. This process is designed to exhaust defendants faced with heavy charges, which happened as recently as 2018 in Lucia v. SEC. There, the accused won the right to a new trial before another stacked panel inside the SEC after years of litigation, which, exhausted from the ordeal, he settled on unfavorable terms two years later.

George Jarkesy also faces serious charges and onerous sanctions. The SEC alleged that Jarkesy misrepresented who served as prime broker and auditor, misstated two hedge funds’ “investment parameters and safeguards,” and overvalued firm assets in order to inflate his own fees. The serious sanctions included a civil penalty of $300,000, disgorgement of $685,000 in ill-gotten gains, and a set of prohibitions against engaging in certain industry activities, including associating with brokers, dealers, and advisers, offering penny stocks, and serving as a director or investment adviser to any securities-related firms.

To my mind, the correct response is to hold that the use of these SEC procedures was a flagrant violation of the Due Process Clause of the Fifth Amendment, which reads: “No person shall . . . be deprived of life, liberty, or property, without due process of law.” That clause guards against all abuses by the United States, including all legislative, executive, judicial, and administrative procedures by or in the SEC. The level of protection “due” in litigated cases must ensure that the tribunal be free not only of bias but also of the appearance of bias. Those minimal conditions cannot be satisfied when the SEC flouts the principle of the separation of powers by giving the agency full run of the show.

In both Lucia and the important decision of Oil States Energy Services v. Greene’s Energy Group (2018), the Supreme Court unwisely upheld federal statutes that allowed government agencies to adjudicate the very cases they brought. The court took this bold step even though the agency had full discretion to appoint and, if need be, replace the administrative law judges presiding over said agency cases, wholly without regard to any principle of rotation. It is no wonder that there is an abnormally high rate of government victories in agency adjudications. None of those abusive cases could be brought if they were heard in an Article III federal court—which gives independent judges lifetime appointments.

The good news is that the Fifth Circuit in Jarkesy, but only by a two-to-one vote, put a halt to these SEC proceedings in a case destined for the United States Supreme Court.  The bad news is that the exhaustive and able opinion by Judge Jennifer Elrod (joined by Judge Andrew Oldham), over a determined dissent by Judge Eugene Davis, declined to examine the due-process issues by choosing to proceed on three related grounds. The first was that the SEC proceedings were in violation of the Seventh Amendment because they denied the defendant the right to a trial by jury for an action “at common law.” The second is that Congress unconstitutionally delegated its legislative powers to the SEC by refusing to articulate an “intelligible principle” to guide the SEC’s determination of whether to bring suit in federal district court or before its own judges. The third and final rationale was that the statutory limitations on the power of the president to remove members of the SEC violated the Take Care Clause of Article II, Section 3—namely, that the president “shall take Care that the Laws be faithfully executed.”

Each of these contentions is subject to dispute.

First, does the right to a jury for actions at common law apply to actions that are brought by the government inside an independent administrative agency, whose very existence was not contemplated at the time of the Founding? Granfinanciera, S.A. v. Nordberg (1989) is strongly protective of the right to a jury trial: “[L]egal claims are not magically converted into equitable issues by their presentation to a court of equity . . . nor can Congress conjure away the Seventh Amendment by mandating that traditional legal claims be brought there or taken to an administrative tribunal.” Yet on the other side, the recent Oil States decision stated in following Granfinanciera: “[W]hen Congress properly assigns a matter to adjudication in a non–Article III tribunal, the Seventh Amendment poses no independent bar to the adjudication of that action by a nonjury factfinder.”

There is a clear mixed message here. Thus, it is widely accepted that in cases brought before courts of equity as conceptualized in 1789, the right to a jury does not attach. Any request for remedies directed against the defendant’s person—orders of specific performance of a land sale contract, the foreclosure of a mortgage, an injunction against a nuisance—are not actions at common law, even if related actions for damages or disgorgement are such actions. In this case the SEC sought a combination of both kinds of remedies, seeking first damages, and then injunctions against letting Jarkesy work again in the securities industry. No matter how this case comes out, it is not obvious that anything prevents the SEC from splitting its case in two, by seeking an administrative remedy for personal relief and a jury action in federal district court for damages and disgorgement. How does it help a beleaguered litigant to face two separate lawsuits instead of one?

In addition, a mysterious body of law dealing with the so-called “public rights doctrine,” detailed in Thomas v. Union Carbide (1985), says that certain cases can be brought in a specialized tribunal, e.g., an administrative agency or an Article I court (i.e., one without lifetime appointments) that does not offer the jury protection found in federal district court. The initial definition of a public right put forth in Murray’s Lessee v. City of Hoboken (1856) was quite narrow, covering largely actions where the government sought to collect money from a private litigant for the evasion of customs duties. But in Atlas Roofing v. Occupational Safety and Health Commission (1977), the court stated, as the Davis dissent in Jarkesy reiterated, that the Seventh Amendment poses no obstacles when “the Government sues in its sovereign capacity to enforce public rights created by statutes within the power of Congress to enact”—which includes the SEC. I regard that position as a major but unwarranted threat to the use of federal district courts given the huge mass of legislative enactments; but the risk is still there.

The Fifth Circuit’s decision is also shaky when it invokes the nondelegation doctrine. The recent decision in Gundy v. United States (2019) rejected the application of that doctrine over a spirited dissent by Justice Neil Gorsuch, in a case under the Sex Offender Registration and Notification Act. Through the act, Congress delegated to the attorney general the decision on whether to retroactively apply the SORNA requirement to register as a sex offender to people long out of prison. I believe that the court was wrong on narrow grounds because it would have been easy enough for Congress to decide that question once and for all instead of punting it to the attorney general. However, it is hard to think that there is an impermissible delegation to an agency each time it has to decide whether to sue in court or before an internal tribunal. Prosecutorial discretion is a given in this area, and it is not feasible to think of a supposed standard that could remove that discretion in the choice of forum.

Finally, the “take care” argument is also tricky. The rise of the administrative state started in 1887 with the passage of the Interstate Commerce Act, and it was entrenched by 1935 when, in Humphrey’s Executor v. United States, the court treated the Federal Trade Commission as an independent agency endowed with “quasi-legislative” and “quasi-judicial” powers whose members could not be removed by the president at will. Right now, the uneasy accommodation in the Supreme Court after Seila Law v. Consumer Financial Protection Bureau (2020) is that multimember commissions can survive whereas single-member commissions cannot. If the court were to adapt the majority’s position in Jarkesy, it would knock out independent agencies like the FTC and the SEC at a time when the consequences would potentially be quite deleterious. Currently, it is highly uncertain whether the vast increase in presidential power will further exacerbate political tensions and keeping the independent agencies functional works to diffuse this power in government.

In sum, the majority’s three arguments that won in Jarkesy face an uncertain fate. It is the amalgamation of legislative, executive, and administrative function in a single agency that is flatly forbidden, whether a case is tried within an agency or before an Article III or Article I court, with or without a jury. The procedural due-process challenge blocks that insidious amalgamation. Jarkesy should press hard on that argument when and if the Supreme Court takes the case.