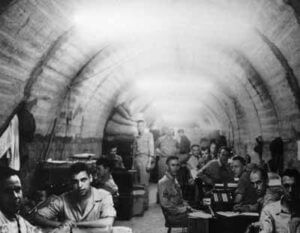 The Allied command center on Corregidor.

The Japanese Imperial Navy began shelling Corregidor three weeks after their surprise attack on Pearl Harbor. The Philippine island was the strongest fort in the Pacific, nicknamed “the Gibraltar of the East” by the US troops stationed there. Corregidor was a two-square-mile tangle of tunnels, bunkers, and heavy guns preventing the Japanese from securing Manila Bay.

So the enemy kept bombarding. For four months, a valiant group of US Marines, Army, and Navy fighters — joined by Filipino soldiers — held out against the incessant Japanese aerial, naval, and artillery attacks. But they couldn’t hold out forever.

At the start of May, Japanese aircraft dropped 365 tons of explosives on the rock as howitzers pounded Corregidor day and night. The defenders had been living on 30 ounces of food a day and were allowed water twice every 24 hours. As the food ran out, they ate the cavalry’s horses.

On May 5, Japan’s final assault began. By May 6, Corregidor had fallen.

Every Memorial Day, I think of this haunting audio — the final messages from the US-held island.

In the brutal battle, Allied troops took more Japanese lives than they lost, but Gen. Jonathan Wainwright finally made the painful decision to surrender. His next public appearance was aboard the USS Missouri to receive the Japanese surrender, still emaciated by the cruel treatment of his guards. 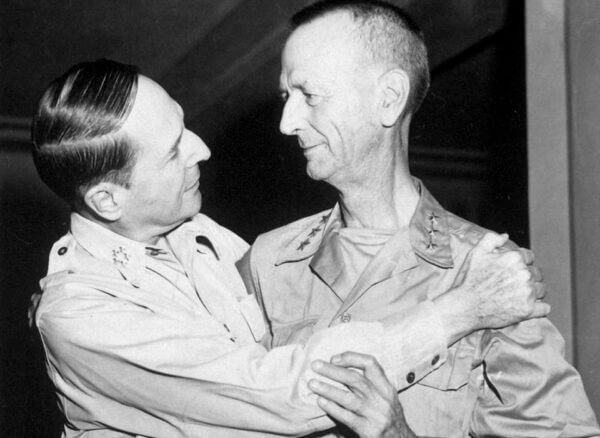 The stalwart defense of Corregidor scuttled Imperial Japan’s planned invasion of Australia. Gen. Masaharu Homma, who had promised to take the Philippines in two months instead of five, was relieved of command.

The island remains haunted, but those brave American and Filipino soldiers ultimately emerged as victors.