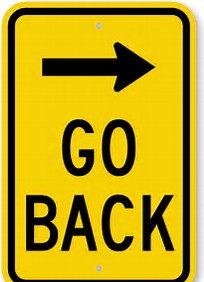 I saw the headlines on the Texas elementary school shooting flash on the TV screen, like most of you. My husband said, “I don’t want you to see this.” It didn’t work. I laid awake with my own mental pictures and tried to put the pieces of a distorted, senseless, fragmented, and tragic puzzle together. The pieces didn’t fit. I read the story this morning — an 18-year-old Hispanic boy who had a dark, online life and somehow acquired guns.

As I read the story in detail, the same responses came after … guns and the foul gun lobby, then celebrity comments like, “We can do better.” It’s sick. Since this ugliness continues, we are obviously not doing better. Not even close. I thought about a boy who became a stoic monster, with no feeling or expression on his face — who had nothing to live for and wanted to cause tremendous pain. Where did he live? Was he pushed across an open border with nothing and sucked up by a ruthless gang? Where are his parents right now? I want to know these things because he can’t be the only one. Texas has a big border — and they keep sounding the alarm to deaf ears.

I thought about Davos, Switzerland, because we’re told the “Fourth Industrial Revolution” is on our doorstep — get ready. Klaus Schwab and all the drivers of the great digital, technological, marvelous age soon to come are piled up together, weaving their New World Order. Part of that is “order” is the allure of endless social media, where this boy wanted pictures of guns posted — where he was rambling to people he didn’t know to post his pictures.

I ordered the book, The Fourth Industrial Revolution by Klaus Schwab, because I want to know what they have in store for us. I actually paid good money for it. Amazon delivered it to the wrong address. It also contained a set of Ernie Ball strings and some replacement foam pads for headphones that my husband ordered. The bag was ripped open, and we found it on our doorstep with the contents intact — who would want it?

The book describes what’s coming — a digital wonder-world with few jobs, but plenty of artificial contact. A robot will diagnose you instead of a doctor. I read that back a few years ago over 40 percent of students could not disconnect from their phones, could not read facial expressions or interpret body language, and lacked empathy. Great. He says they are the easy ones who will slide into the new age effortlessly, but the rest of us will be a problem.

We visited St. Petersburg, FL, recently. It was fun — but surprising. A very long main street runs through it — very artsy. There were murals on many buildings, head shops, street vendors — a very hippish vibe. There were crafty booths and many shops promoting the occult, oils and potions, “save the planet” shirts, rainbow street crossings, and homeless wanderers. It was like the ’60s never left. A large protest was shaping up — and marching towards the local churches. People were yelling and holding signs that read, “Keep your rosaries off my ovaries,” and cars were honking in solidarity. There was a lot of mask-wearing … still.

I can’t help but think about children constantly, in the womb and the courage of those on the Supreme Court, the children at the school in Texas, what they’re being taught in schools, and the boy with no soul who found guns and hated life — a snapshot of our future in a Godless digital age. The Fourth Industrial Revolution where those in Davos — the unelected, have no answers for the parents in Texas, where our president has no answers for our border issues, or the high cost of living — just that we are experiencing the hardship of “transition.”

“[When] it comes to the gas prices, we’re going through an incredible transition that is taking place that, God willing, when it’s over, we’ll be stronger and the world will be stronger and less reliant on fossil fuels when this is over,” Biden said during a press conference in Japan following his meeting with Prime Minister Fumio Kishida.

He is handing our country to Davos and Klaus Schwab on a platter. When do we say enough is enough?