(After sending this to almost every editor at WaPo and hearing nothing back, I’m sharing it here. Please feel free to link to this post on Twitter or any other social media services.)

I am writing in regard to the malevolent twitter abuse by your “online culture” columnist Taylor Lorenz, and how her conduct is harming the online reach of WaPo’s other, finer reporters.

For 15 years I had the Twitter account @shoshido, with few problems. That account is now suspended, along with the accounts of many other civil and harmless people, thanks to a false report of “hateful conduct” by either the person running the official account @WashPostBiz, or the person allowing Ms. Lorenz herself to access it.

The tweet in question* was not an act of hateful conduct, but a reply to a friend—a fellow Jew—regarding the obvious relish with which Ms. Lorenz, a wealthy and privileged gossip columnist with a powerful position at the nation’s premier legacy newspaper, had doxxed a young woman of simple means, going out of her way to include a sneering reference to the young woman’s Yiddish name and orthodox Jewish faith.

The result of my losing that account is that I can no longer share the writing of two favorite WaPo reporters, Josh Rogin and Megan McArdle, whom I occasionally engaged in discussion, and frequently retweeted or shared links to their articles and interviews.

And while mine was not a huge account by Twitter standards—something like 4,000 real followers, kept small by blocking fake and rude accounts—I was lucky to have developed a following that included a few hundred respected journalists and thinkers, as well as thousands of thoughtful, ordinary people who in turn shared those articles and links.

So by allowing Ms. Lorenz to weaponize the Washington Post’s staff and resources to target her critics, the paper is allowing her to cannibalize the followings and social media reach of Ms. McArdle, Mr. Rogin, and who knows which other writers.

Just doing some basic math, for every one of Taylor Lorenz’s critics that @WashPostBiz helps her remove from Twitter, I am guessing you lose between 200 and 300 click-throughs a week, and maybe one or two subscribers.

But more than that: by weaponizing and protecting a malevolent, histrionic narcissist who goes after random nobodies, WaPo allows her to harm the prestige and reputation of a paper once known for holding the powerful to account. And as with a vicious dog, at some point, the owner of the dog will be held responsible for the bite.

*screenshots posted to my Gettr account of the same name 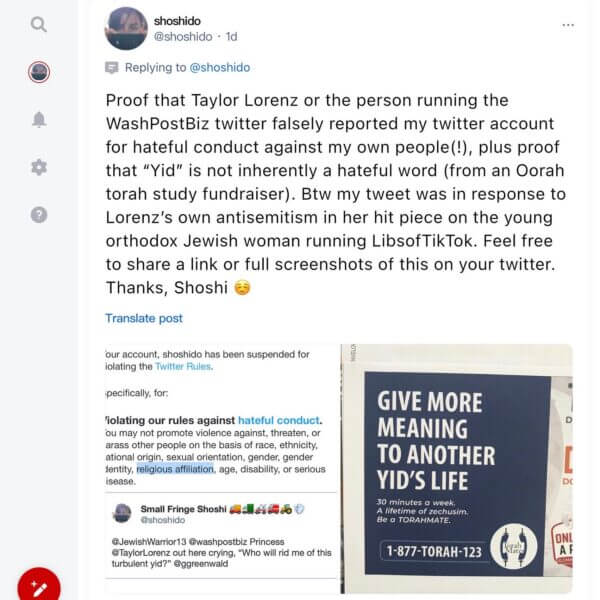 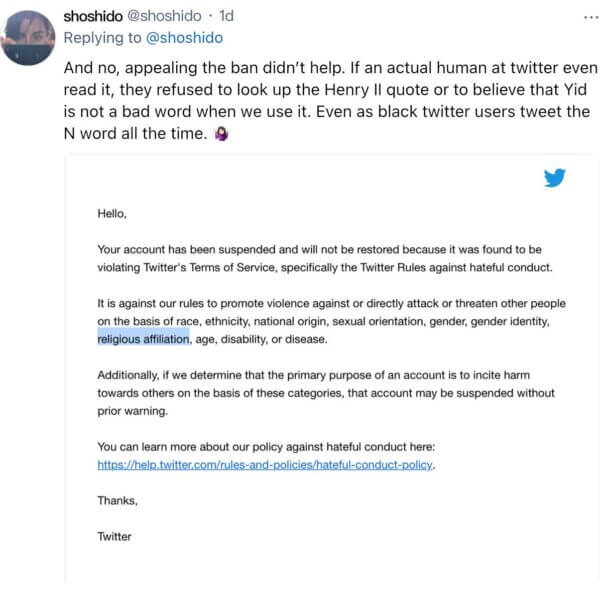