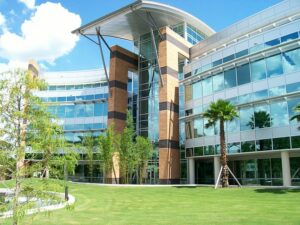 Last week I was delighted to hear that Charles Negy, an Associate Professor at the University of Central Florida won his job back in an arbitration battle with the university, including back pay and benefits. His “crime?” A tweet he posted about African Americans:

Sincere question: If Afr. Americans as a group, had the same behavioral profile as Asian Americans (on average, performing the best academically, having the highest income, committing the lowest crime, etc.), would we still be proclaiming ‘systematic racism’ exists?

As a result, he became the subject of a petition signed by 28,000 people, and 300 people were interviewed for the university’s investigation, yet the arbitrator made the following points:

‘We have a professor of some 18 years tenured with consistently outstanding annual evaluations, with three TIP awards, recipient of a special pay adjustment successfully designed to persuade him not to leave UCF,’ Falcigno wrote. ‘There is no evidence that UCF gave him reason to believe he was anything but as highly esteemed as his evaluations and treatment, with no reason to perform differently.’

The fact that a university would pursue a pretextual investigation with a foregone conclusion to fire a tenured professor because the professor does not conform to ‘diversity/equity/inclusion’ (DEI) ideology is — pretty disgusting in my opinion.  University of Central Florida (UCF) investigated my entire 22-year career with them in search of something–anything–that they believed they could use to justify their firing of me.  Today, after a year and a half of grieving this with the assistance of the United Faculty of Florida’s Union-appointed attorney (H.B. Stiver of Tallahassee, Florida), I learned that I’ve been fully reinstated in my job with full back-pay and benefits. I do anticipate that I will file a lawsuit against UCF really soon.  UCF Administrators (and all university administrators) need to get the message that they cannot simply ‘purge’ or even discipline professors who do not conform to the DEI ideology that they are imposing on entire university campuses.

Negy plans to sue the university but has not identified the nature of the suit.

Too often we hear stories about the reluctance of professors to fight back against the cancel culture mob. Fear of retribution, professional smears, and losing their jobs threaten their futures. And yet in researching professors who have challenged their universities, I found success stories. They are difficult to find, probably in part because the mainstream media doesn’t want people to know that challenging the mob can be successful.

Here is a partial list of professors who have fought back and highlight some of the reasons they have reaped positive results. I think if those professors can organize around their common agendas, financially, culturally, and academically, they have a chance of making headway against the woke mob.

And maybe, just maybe, we can begin to take back the academy.

Peter Boghossian–In 2010, Peter Boghossian was hired as a philosophy professor specializing in critical thinking at Portland State University in Oregon. By 2012, he began to notice an explosion of identity politics and intolerance for different viewpoints on campus. Eventually, he left the battle and joined the writers and entrepreneurs at the University of Austin.

Greg Manco—Fighting back against the totalitarians of left-wing academia Manco, who was fired from Saint Joseph’s University in Pennsylvania last year over tweets arguing against reparations, filed a federal lawsuit against the college alleging discrimination against him on the basis of race and defamation, among other charges.

‘My tweets have been determined to be biased and/or discriminatory, according to the email that I received on the day this all broke,’ Manco told me. ‘The same email said that the university was ‘concerned about the impact on students in the classroom.’’

Shortly thereafter, he was placed on leave and subsequently fired. What is even stranger is that the school exonerated him after its investigation, but he was still fired.

‘To be exact, it was the external investigator hired by the school who completely exonerated me,’ he said. ‘The university, who keeps all of the investigation documents under tight wraps, decided to knowingly misrepresent her conclusions in media statements. That’s one of the many defamation claims I have in my lawsuit.’

Despite this vindication, St. Joe’s still did not allow him to return. They then proceeded to not renew his contract.

George Klein—After teaching at UCLA’s Anderson School of Management, Klein was told that he was supposed to be more lenient in assigning grades to black students after the George Floyd incident. Here is his email response:

Thanks for your suggestion in your email below that I give black students special treatment, given the tragedy in Minnesota. Do you know the names of the classmates that are black? How can I identify them since we’ve been having online classes only? Are there any students that may be of mixed parentage, such as half black-half Asian? What do you suggest I do with respect to them? A full concession or just half? Also, do you have any idea if any students are from Minneapolis? I assume that they probably are especially devastated as well. I am thinking that a white student from there might be possibly even more devastated by this, especially because some might think that they’re racist even if they are not. My TA is from Minneapolis, so if you don’t know, I can probably ask her. Can you guide me on how you think I should achieve a “no-harm” outcome since our sole course grade is from a final exam only? One last thing strikes me: Remember that MLK famously said that people should not be evaluated based on the “color of their skin.” Do you think that your request would run afoul of MLK’s admonition? Thanks, G. Klein

After receiving legal assistance from F.I.R.E, and support from colleagues at U.C.L.A. (California, no less), he was reinstated in July 2021.

You can find several more cases of professors being suspended or fired here, here, and here.

There is a great deal that can be learned from the experiences of these professors that would substantially increase their power against the woke mob:

As the National Association of Scholars says:

In an effort to cancel the cancel culture, NAS will track these incidents in higher education and record them in a downloadable archive. It’s our hope that this resource will help bring to light the widespread malfeasance of academic administrators in our colleges and universities for the sake of tangible accountability. Those who violate academic freedom must be called out, publicly exposed, and permanently marked for their misbehavior. Ideally, violators’ sullied reputations will then limit their ability to inflict further damage. This is not to form a counter-mob in opposition to the current one, but rather to hold the guilty parties responsible in the court of public opinion. Let the punishment fit the crime. (Bolding is mine.)

Clearly, the people who take on the woke bureaucracy will need to be people of principle and courage, as well as demonstrate the willingness to stand up for their civic rights. Promoting the outrageous nature of their situations will be key.

Let’s find better ways to support those academics who are taking the risks emotionally, practically, financially, and academically.

It’s time to take back our institutions!

[photo is from University of Central Florida]