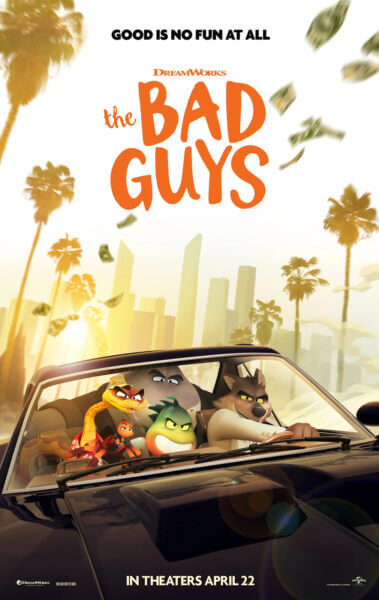 I really liked the animation of The Bad Guys. Parts of it at least. Abandoning the hyper-detailed showboating that’s long been the norm for computer-animated movies, DreamWorks brings us a movie with sleek art where textures like fur and hair accent the character designs rather than dominate them, and textures like scales are simply drawn onto the model. The eyes stand out the most. Instead of glassy doll eyes, they’re nothing more than ovals with black outlines, pupils, and highlights on the pupils. Bob Clampett didn’t need more than that. Things like explosions and dust trails are depicted with clean 2D shapes which will always do the job better than volumetric clouds or whatever is the snazzy tech these days.

The parts I didn’t like were the human characters. I’m convinced computer animation will never create a human that is not to some degree horrifying. Those in The Bad Guys suffer from that disease of modern cartoon design: they’re rounded grotesques with snub noses, bottom-heavy heads, and mouths shaped liked legumes. Despite this, the overall art direction of the picture is a breath of fresh air. It would have given more hope for the state of animation were the trailers ahead of it not the same tired CGI cartoons we’ve seen for the past decade.

Outside of its animation, this is your stock kiddie flick. The titular gang consists of Mr. Snake, Mr. Piranha, Mr. Shark, Ms. Tarantula, and their leader, the suave Mr. Wolf. They wear their badness with pride, robbing the rich with no intention of giving to the poor, getting into high-speed chases for the thrill of it. After being publicly called out by the new governor, Diane Foxington, the crew decide to go on their biggest heist: stealing the Golden Dolphin award.

The characters develop exactly as you expect them to. The “twists” can be seen from Ganymede. Kids with a few movies under their belt will be savvy enough to spot them. Children’s animation isn’t the place to go looking for plots that are daring, experimental, or surprising. That is a little sad, isn’t it? That we don’t trust children with anything that deviates from a formula and might challenge them a little. It’s not fair to judge a movie by what you’d prefer it to be, so how does this fare on its own terms? There’s some fun banter and a few gags that got a chuckle. Mr. Piranha farts, because this is a kids’ movie and there’s gotta be a farter somewhere in there. The script doesn’t pander to parents with barrels of references and jokes meant to go over their kids’ heads. 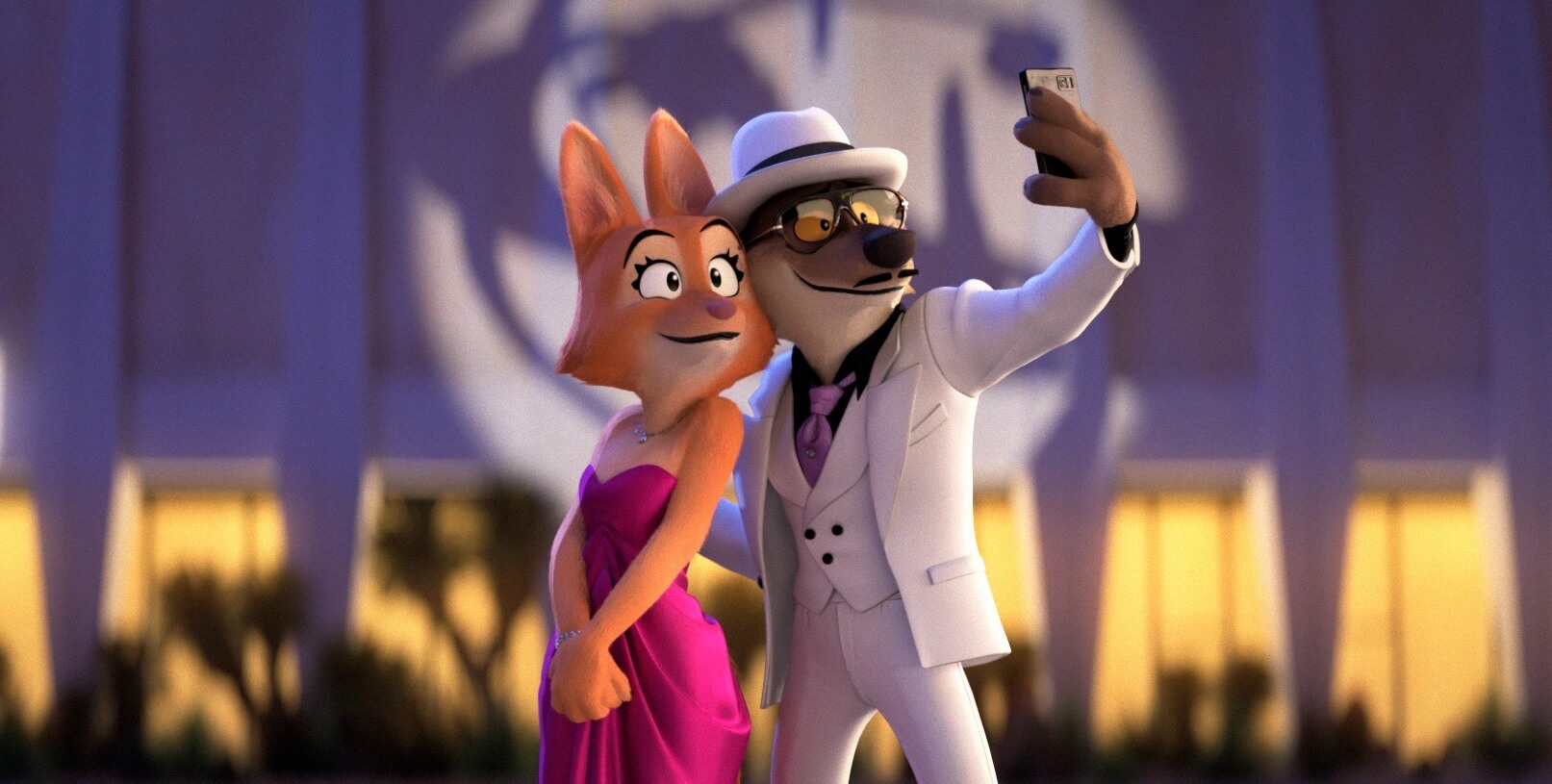 The action scenes use the dynamic camerawork that computer animation makes possible. The voice acting is good. Sam Rockwell gives Mr. Wolf a confident charm. Marc Maron plays Mr. Snake with the right level of jadedness. It was a shock to see Lily Singh’s name in the credits (she plays a bubbly news reporter). Anything that keeps her from writing or doing stand-up should be applauded, I suppose. There is an obligatory musical sequence. Always hated those as a kid.

Kids under ten will enjoy it. I don’t usually make statements like that. Prefer to describe the movie and let readers make their own conclusions, but a review of The Bad Guys would be incomplete otherwise. If your tyke wants to see it, let ’em at it. At worst, you’ll find it tolerable. And animation buffs can smile at the stylish comic book visuals.

It wouldn’t be one of my reviews if I didn’t mention the Lupin III inspiration. Mr. Wolf with his suits, lanky limbs, and cool demeanor takes obvious cues from the Japanese character who was known as Wolf in America for years because of copyright issues. Lovable thieves going on capers is reminiscent of the Lupin series, and the opening car chase especially so, with its shot of money flying out of the car directly referencing the first scene from the classic Lupin film The Castle of Cagliostro. It may not seem like much, but everything is improved with a little Lupin.