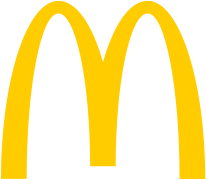 There I was, looking for something–perhaps a quote–to write about today–May 15, 2022.  May, as a month, is full of both joyful and sad anniversaries for my family, but as it transpires, none of them falls on the 15th.

So I visited my “go-to” place, when it comes to finding something to write about on a specific calendar date–Wikipedia. It’s a spectacularly valuable tool for garnering superficial knowledge about any subject under the sun (hence all the posts and comments on various social media along the lines of “I just found this on Wikipedia, and I think it’s the most brilliant thing evah!!…”), but I’m always skeptical, and check at least a couple of other sources before committing myself.  Doesn’t mean I won’t still be wrong, but (I hope) it lessens the chances, and increases the odds.

Still. May 15. An embarrassment of riches included, but not limited to:

A Papal Bull (1252), limiting the torture of heretics in the Spanish Inquisition.  Anne Boleyn tried, and condemned to death, 1536 (bluestocking alert: “The executioner is, I believe, very expert; and my neck is very slender.”  No, that wasn’t on Wikipedia; I knew that.  Doesn’t everyone?) Kepler solidifies the belief in his “third law of planetary motion” (1618).  The opening (1817) of the first private mental health hospital in the United States, wondrously titled “The Asylum for the Relief of Persons Deprived of the Use of Their Reason,” in Philadelphia. Pope Leo XIII (1891) defends workers’ rights and property rights in his Rerum Novarum encyclical, billed as “the beginning of modern Catholic social teaching” (hmm).  1901–The city of Las Vegas was founded (“what happens in Vegas….” etc.).  1932, the Prime Minister of Japan is assassinated.  1942, the United States creates the Women’s Army Auxiliary Corps (WAACs).  The launch of the last crewed Mercury space mission (1963).  President Nixon appoints (1970) the first female United States Army generals (hmm, again).  The Soviet Army begins its withdrawal from Afghanistan (1988).  1997–The United States recognizes publicly, for the first time, the “Secret War” in Laos and dedicates a memorial to its veterans.  California becomes (in 2008) the second state to legalize same-sex marriage.

Whew.  Just another day in history.

And so many more.  Every single one post-worthy and interesting, if a person is minded to dig into the story behind the headline.

But today, a particular one resonated with me.  It was this one:

“But wait!” I hear you exclaiming.  I know the McDonald’s story, and that story belongs to Ray Kroc.  Who are these actual McDonald brothers who’ve infiltrated the process?  Is this some sort of Scottish Highlander plot?  Mis-Dis-Mal-information?  Retribution for Culloden and the Highland Clearings?  What??!!

Well, as Paul Harvey himself might have said, here’s “the rest of the story”:

Richard and Maurice McDonald did indeed open the first restaurant in the chain on May 15, 1940, in San Bernardino, CA.  Things more-or-less languished in the area until Ray Kroc purchased the small franchise in 1955, having been impressed with its local success and reputation for high-quality food delivered quickly.  Kroc, had hitherto pursued a variety of low-level jobs, had tried selling real estate in Florida, had resorted to playing piano in a succession of bands when all else failed, and didn’t look like the sort of person who had “innovative genius” written all over him, but if you’d thought that at the time, you’d have been wrong.

Something about the McDonald brothers’ story, their insistence on a limited menu, on high-quality ingredients, and on consistent and quick results (the company mascot for a few years was named “Speedy”), appealed to Ray Kroc, and he followed through.

The early years were rocky though, and Kroc’s partnership with the McDonalds eventually dissolved, amid accusations from both sides which have been the subject of documentaries, movies, books, and much else, even until the present day–in the long run of which, as the saying goes, “they’re all dead” so at this point “what difference does it make?” (Apologies for mixing metaphors.  Obviously–as always–it does make a difference, but such topics are not to be adequately addressed in a short post such as this.  Please have at it in the comments, if you’d like.)

Regardless, or irregardless as the case may be, Mcdonald’s flourished under Kroc’s leadership, while following a carefully planned nationwide expansion, and in 2022–38 years after Kroc’s death–still finds itself the most successful fast-food operation in American history, with franchises in over 100 countries, serving 70 million customers a day.

I’ve always had a soft spot for Mcdonald’s.  Like many things, as they were revealed to this girl who grew up in West Africa without regular access to things like television, adequate hygiene, useful medical procedures, modern appliances, and things that suburban American dwellers were beginning to take for granted; the idea that a person could stop by a restaurant and–within a few minutes–pick up an entire meal to take home and enjoy, was a revelation.

I don’t remember, when we came to the States in late 1963 and spent a year in Boston, ever going to Mcdonald’s.

I do know that–a year later–when we moved to Bethel Park, a suburb of Pittsburgh, it didn’t take us long to discover this place: 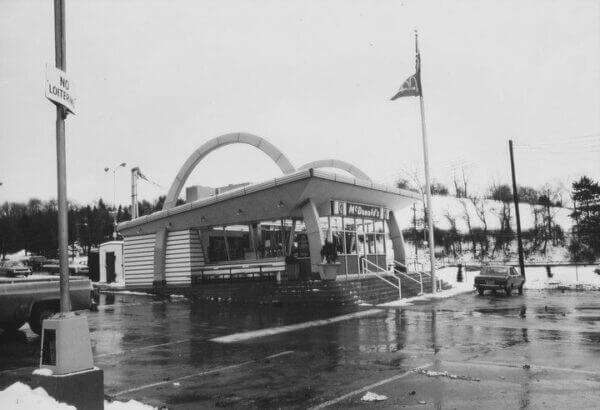 The Golden Arches. (They’d displaced “Speedy” as the company mascot somewhere just before Ray Kroc purchased the company.)  This particular instance is outside South Park, PA, and was–I believe–the oldest franchise in the area.  The restaurant is still in the same location.  But it looks plenty different today.

Lord.  What a joy it was in the mid-’60s when my dad gathered up everyone’s order, drove down the road a bit, ordered it, and emerged only a few minutes later with (among other things) the best french fries in the world. (TBPC, for those of you who’re younger than I am–this was before online ordering was possible, and even before telephonic ordering of “take-out” orders was possible.  You either physically visited, and stood in line at, the place, or nothing.  Yet another reason that what came to be recognized as McDonald’s delivery of consistent-quality “fast-food” was so appreciated.)

Whither McDonald’s, in this age of wokeness and stupidity?  IDK.  All I know is that each of us, on occasion, deserves a break:

How about a chorus of “hamburger rap?”  (Yeah, you probably have to be of a certain age to join in, but–all together, geezers–here we go: