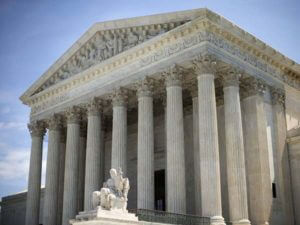 The recent leak that the Supreme Court may overturn Roe v. Wade has injected a wave of hope for pro-lifers across the country. It is almost surreal for those of us who have long supported the culture of life through prayer, financial support, and personal witness. But regardless of the legal outcomes, Christians have another tool in our boxes to support life: defunding the abortion industry by taking our hard-earned health care dollars elsewhere.

Over the past few decades, forces have worked to move abortion from a tragic occurrence to a health insurance line item many unwillingly support through premiums. Word gymnastics and vague, euphemistic language have blurred the procedures included in standard health insurance plans. But the reality is different: if we have health insurance, we’re involuntarily funding the abortion procedures that run counter to a culture of life and Christian Biblical values.

Many of us have felt trapped in a Catch-22, with what we thought were our only options for healthcare. We’ve looked to the law — which certainly requires an admirable degree of faith — to right the wrong. However, as we have clearly seen, many in office have placed little to no concern on what are considered dated moral values, let alone simple and affordable healthcare options. Eight years ago, we realized that legal protections don’t have to be our only option to protect the lives of the unborn.

We decided to make our voices heard by rejecting corporate insurance altogether. We have four children and rather than pay thousands of dollars a month for traditional health insurance that had failed us in the past, we decided to join a Health Care Sharing Ministry nearly a decade ago. It’s not just being part of a community that shares in our family’s health care costs that brings us peace of mind, it’s knowing our hard-earned money isn’t going to fund unethical treatments and procedures.

Just this spring, the remains of five aborted babies were discovered discarded in Washington DC – our nation’s capital. How did our country get to this point where there is debate about the legality of these findings? We know we can’t change the world, but we can serve the Lord with what he’s provided us with, raise our children to revere and protect life, work to change the hearts of those we meet, and be aware and deliberate of how our money is used.

Unsurprisingly, several states have quietly taken-up legislation to snuff out the Health Care Sharing Ministry option. Those hostile to the culture of life have noticed the threat Health Care Sharing Ministries pose to the revenue stream necessary to fund abortions, gender reassignment, and other non-Biblical treatments. They are resorting to another tactic of force: taking away personal choice and autonomy.

We’re praying that the speculation about Roe v. Wade proves to be true and that voters at the state level will use their newfound vote on the matter to support legislation to protect the unborn. The pro-life legislation introduced in multiple states —Texas’ “Heartbeat” bill, banning abortion once a heartbeat can be detected, Ohio’s 2363 Act that would ban all abortions, and Mississippi’s bill banning abortions after 15 weeks — reflects clear discomfort from coast-to-coast with how entrenched abortion has become in American society.

In the meantime, Health Care Sharing Ministries give Christians another tool to push back against “health” treatments that violate the dignity of the human person. We feel empowered – for the time being – to align our dollars with our consciences and moral obligation. While we await SCOTUS’ decision, we can be more than spectators — we can pray, witness, and starve the beast. (1 Timothy 2: 1-2)

Kenneth and Amanda Richter are parents of four, business owners, and members of Medi-Share, a health care sharing ministry.