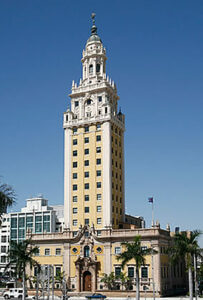 After reading @rodin’s excellent post, which clarified for me the state of the Republican Party and my relationship to it, I’ve been sitting in a state of shock and delusion. A factor that contributed to my disillusionment was a recent action by Gov. Ron DeSantis of Florida, who takes no prisoners and knows how to get things done.

Unlike our legislators in the federal government.

Over the past couple of years, I have watched the machinations, hidden in plain sight, of the Republican party’s boasting of all the accomplishments they will achieve once they have majorities in the House and Senate. The potential for getting things done to meet our Conservative agenda was encouraging, and I listened to their plans for the future when the November elections are over. Recently, however, I began to listen more carefully to their plans, and began to realize that I was listening to the same, tired rhetoric of years past. I watched the infighting—those who were unhappy with Kevin McCarthy’s unforced errors, as well as Mitch McConnell’s running around looking for Trumpians and officials who could replace them. I finally asked myself, does anyone have their eyes on the prize, like actually making changes in the federal government policies and laws?

Our esteemed legislators can pass laws, but Joe Biden can veto them. That possibility assumes that Republicans are prepared to propose and fight for critical laws that need to move our country forward. Fixing the border, you say? Just how will we do that with Biden in charge? Kevin McCarthy promised in a tweet to control inflation and shortages? How will that take place? Holding the Biden administration accountable? How will he do that? Make sure to keep food on the shelves? Really? Protecting kids in schools? What will that look like? Attacking crime? Just how will we do that, when AGs in the states don’t care about the people and only favor the criminals? The list goes on. And I see no indication that Republicans are going to take aggressive steps to improve the state of the nation as long as Biden and the radical Left are in charge.

Is there anyone in the Republican Party who can take charge and make a difference? Yes! Unfortunately, he is not in the federal government; he is Gov. Ron DeSantis in FL.

You are probably aware of DeSantis’ role in starting wars with many different federal agencies and with Pres. Biden in particular. He ignores the personal attacks, the lies, and the distortions of those who disagree with, even hate, his policies. He has fought mask mandates, lockdowns, vaccine mandates; in education, he has challenged Critical Race Theory and Social and Emotional Learning, in spite of the Left’s efforts to disguise its agendas.

A key factor that should not be overlooked with Gov. DeSantis is that he not only removes destructive policies in Florida, but he initiates new policies that will move the state of Florida in a positive and productive direction, in spite of ongoing resistance. His latest initiative has been a bill that condemns Communism:

Calling it a ‘blockbuster day for freedom,’ Florida Gov. Ron DeSantis on Monday signed a bill that will require public-school to observe ‘Victims of Communism Day’ on Nov. 7 each year.

The new law, which went into effect immediately, describes the day as being geared toward ‘honoring the 100 million people who have fallen victim to communist regimes’ across the world.

‘We want to make sure that every year folks in Florida, but particularly our students, will learn about the evils of communism. The dictators that have led communist regimes and the hundreds of millions of individuals who suffered and continue to suffer under the weight of this discredited ideology,’ DeSantis said, adding that ‘a lot of young people don’t really know that much’ about the political ideology.

The brilliance of this action can be viewed in multiple ways. First, the radical Left has glamorized Communism, in spite of its horrors; they insist that their efforts to bring Communism or Socialism or Marxism to the U.S. will be successful, in spite of its many abject failures in many forms all over the world. Second, the bill focuses on the “victims” of Communism: who is prepared to criticize actions to memorialize the victims of the many Communist movements? The Left is unlikely to do so. I have noticed that in spite of the many daily attacks on Gov. DeSantis over the last couple of years, there has been no print criticism of this bill since he proposed it. The Left is silent.

So far only a minimum of a 45-minute segment on Communism has been proposed, to be taught to students in the 2023-2024 school year, in addition to other modifications that have already been made to the social studies curriculum.

Cuba has been a key constituency that escaped a Communist regime, and the exodus continues:

The decades-long exodus from Cuba shows no signs of abating. The U.S. Coast Guard intercepted 838 Cubans at sea in fiscal 2021, a large increase from 2020. Since October, another 410 Cubans have been intercepted trying to make the 90-mile journey to a better life in the United States. In addition, tens of thousands of Cubans are given sanctuary in the U.S each year as political refugees.

They are driven to flee out of desperation — desperation to leave behind a system of government that stifles opportunity and suppresses the human spirit.

Although Leftists blame the conditions in Cuba on the U.S. embargo, the Cubans know better and joke about this excuse. The Freedom Tower in Miami (shown above), where many Cubans landed to seek freedom and escape tyranny in the 1960s, serves as a beacon of hope for Florida and for this country.

May it inspire our legislators in Washington, DC to follow Gov. DeSantis’s example and actually do something to escape the tyranny of the radical Left.

Or maybe we can hope that Gov. DeSantis will become Pres. DeSantis in 2024.