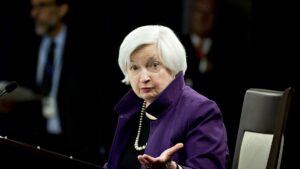 …one aspect of a satisfying life is being able to feel that you have the financial resources to raise a child, that the children you bring into the world are wanted and that you have the ability to take care of them. In many cases abortions are of teenage women, particularly low-income and often black, who aren’t in a position to be able to care for children…

As you might imagine, Sen. Scott was unpersuaded by this argument:  “I’ll just simply say that as a guy raised by a black woman in abject poverty, I’m thankful to be here as a United States Senator,” Scott told Yellen.

Mr. Pino goes on to eloquently explain the roots of this perspective of modern leftists:

More fundamentally, Yellen’s view of human beings is incorrect: She views them as macroeconomic liabilities rather than macroeconomic assets. In her view, they take up space, consume resources, and impose burdens on those who care for them. And of course, they do those things. But they don’t just do those things. They also come up with new ideas, produce resources, and care for other people. On balance, they are assets, not liabilities.

This is a point that progressives have failed to understand for years. From the eugenics proponents of the early 20th century to the environmentalists of today, progressives have never believed that human beings are, as economist Julian Simon called them, the ultimate resource. They’re forever stuck in the zero-sum world of Malthus, where people are problematic mouths to feed, instead of the positive-sum world we actually live in, where people are a creative force to invest in.

I often hear leftists rationalize their support of abortion by saying, “Look, I’m just being practical here.  We’ve got to deal with realities, right?” 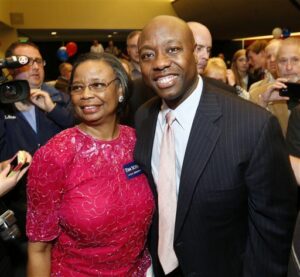 People have value.  They have value from an ethical and spiritual perspective.  We’re all God’s children, for Heaven’s sake.

But even if you don’t believe that, surely you can see that they also have economic value.  Perhaps you might think they are limited economic value today.  But what about some years from now?  Could it be that they might improve themselves someday?  People can do that, you know.  Even if they are black and poor, Ms. Yellen.  Even those people.

I’m struggling to get past the elitism and racism oozing from Ms. Yellen’s statement about poor black mothers like Sen. Scott’s Mom (pictured above).  But even if I could get past that, I would point out to Ms. Yellen, “People have value, you idiot.  Even poor black people, you racist snob.  Who on earth are YOU to suggest that some people should be killed because they are currently of insufficient economic value?  You’re a government bureaucrat, for Pete’s sake.  What is your economic value to society?  Should we vote you out of office, or take you out back and shoot you?  Are you listening to what you’re saying?  Do you want ME deciding if your life is worth living?  Do you want anybody deciding that, other than yourself?  Do your words make sense to you?  Honestly?“ 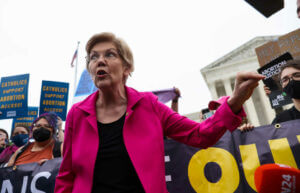 Every rationalization for abortion sounds absurd to me.

I can’t believe Democrats are saying stuff like this out loud.  To a black man, no less.  In public.  On national TV.  Oh my God.

They can’t recognize evil, even when they say it themselves.

But at least they are helping others recognize evil.  Make evil this obvious, and anyone can see it.  Anyone who has eyes to see.

Just writing about Ms. Yellen’s statement makes me feel unclean.  I feel like I need a long hot bath.  And all I did was copy and paste it.  She said it out loud.  In public.

How do these people sleep at night?