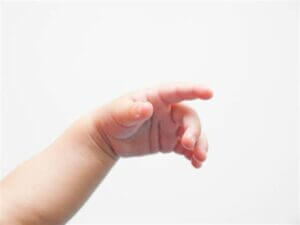 The case of Dobbs v. Jackson Women’s Health is generating both passion and distraction by the left as a draft of what appears to be a majority opinion has been leaked, breaking tradition as well as the security which helps to provide what is hoped to be a political-free decision (we could only hope). The heated rhetoric and delusional predictions of doom for the republic serve to distract from at least two central and vital factors in our health and direction as a free people. It is important to the left, their goals, and the path toward them that there is a complete lack of clarity concerning these two factors and their role in this matter.

The first is the Constitution itself. The draft is a clear, simple, and direct explanation of how our republic is supposed to work and what the real duty of the Court is. The Constitution is not with us to solve every human conflict and problem. Neither is the Court. The Constitution sets the framework by which a self-governing, diverse people can govern themselves, accounting for differences not just in opinions but in regional and cultural habits and needs. The Constitution shows a faith in the ultimate wisdom of the people in their own affairs.

There is no mention or intent concerning abortion in the Constitution. It is not a federal matter. The draft is constitutionally concise and correct.

Abortion itself is not at all killed by the draft. It simply becomes a matter for each state to deal with as its citizens see fit. With the simple but deep logic of the Constitution at work, there will be 50 individual experiments dealing with the matter. Each will produce thoughtless mistakes and shining examples as the matter is refined over time by a public who has to deal with the results. In each state there will be ongoing arguments, both wise and stupid. Time and results will help to glean clearer policies.

In the case of abortion, the left does not want the matter handled along either constitutional or rational lines. That is why an imaginary right had to be created from whole cloth to begin with.

I am willing to acknowledge that about 51% of the public say they don’t want Roe overturned. But I would add that opinion is aided by a complete public misunderstanding of either the Constitution or the actual facts. For instance, about 73% of Americans agree that unborn babies are human beings. 61% agree that abortion should not be allowed “anytime, on demand”. Most Americans are hardly hard left on the subject.

The current evolution of the left has brought us to the point of abortion even at the moment of birth itself.

Which brings me to the other factor that they desperately want eliminated from the discussion. That factor is the Divine.

Almost three-quarters of Americans are rational enough to admit that the unborn are human beings. Scientifically, it has become almost impossible to deny. Each year our technologies allow us to view and trace the miracles in each developmental stage.

Recently one nationally known radio host who still holds for a woman’s “right to choose” admitted that there has to be a point sometime before birth when that growing wonder inside the womb actually is a human being. Any rational mind then knows we are discussing life and death for an innocent who cannot speak for themselves. No matter where one decides to draw that line in relationship to their own conscience, while assuming they have both the wisdom and the right to determine to do so, it then comes down to how sacred that life truly is.

So, in that light, the decision to abort is clearly a value judgment about one life against another. Despite the manner in which it will be argued, it comes down to deciding that one’s own desires or wants are more important than another’s life.

“But there is more to it than that!!” There always are in life’s very human choices. But those “complicated” choices often come back to fundamental truths.

So one has to in some way face the question about the divine hand in human life. And one of the overall purposes of the left is to separate American society from the Divine. Our special nature before Nature’s God is the foundation of our Liberty and our Rights.

Think of all the ways just within the last decade in which it has become accepted to disregard the Natural Order given to open the chance for our better existence. Without that order, the glue holding together the family structure is seen as a mere habit to be dropped at will.

The Judeo/Christian tradition has to be disregarded if we are to draw that line ourselves because it holds that “Before I formed you in the womb, I knew you” (Jeremiah 1:5). If human beings are indeed more than flesh and bone, if they are also spiritual with an individual identity that the Creator Himself knows not just outside of the womb and in it but before, then that imaginary line no longer belongs to the mortal.

Our constitutional tradition acknowledges that special spiritual element of man’s being. That is why rights are individual. And they are apart from government. True, a just government has a responsibility to help secure those rights but those rights themselves are above government. The person and property of that special being whose spirit was known before their body ever grew in the womb is to be respected. That is why Liberty does not mean license.

Those biblical scholars among us know that the single reference from Jeremiah is hardly the only place in either the Old or New Testament where that concept presents itself. A simple internet search will provide the curious with examples from Isaiah, Psalm, Job, Exodus, Ecclesiastes, Matthew, Luke, John, Romans, and Galatians.

The purpose of removing the Divine from our society is to remove accountability and moral order from our society. It is to define life only in immediate earthly terms. Our Liberty brings with it the possibilities of many material rewards because of the individual efforts and rewards that can come from it. But it is far more than that. It offers a path to a fulfillment deeper and more meaningful.

One does not have to be a believer in Nature’s God to enjoy the rewards of His Natural Order. But that Order is necessary for the full practice of Liberty. Each is free to find their path to both its rewards and its Creator, or to fail by their own choice. THAT is freedom of choice.

This does not pose a religious requirement on anyone. But to be true to both the word and intent of the Constitution, one should come to realize (and admit) that religion is not excluded from government. But government is excluded from religion. Our system of Liberty works because it is designed to operate within the Natural Order.

One can argue the case against abortion without bringing the spiritual into it. And within the context of the courts that is proper. But to look their fellow citizens in the face and claim that what is carried within the womb is merely a “clump of cells”, one has to first discount both the messages of the Old and New Testaments. And that is the true goal of the left, a rejection of the ethic within the Judeo/Christian tradition. It is an attack on the cultural base regardless of the strength or lack of your religious commitment.

It is a huge step in the cultural struggle that has been silently or passively accepted by political elites for now close to a century.  Small flakes chipped from the cultural foundation were easy prices to pay for political comfort and compromise. But small, individual flakes can become piles of rubble. Among those elites, it was argued that Roe would bring moderation to the issue. But the theme of “safe, legal, and rare” was just a first step with no intention of stopping. Compromised principle is easily bargained with at the next step. And the next.

Hopefully, this leaked opinion will become official by summer despite the pressures and protests that will come. Then the process within the Constitution can do its work among the several states. Also hopefully, in the future we can always remember that both Liberty and conscience necessarily have a deep spiritual side.