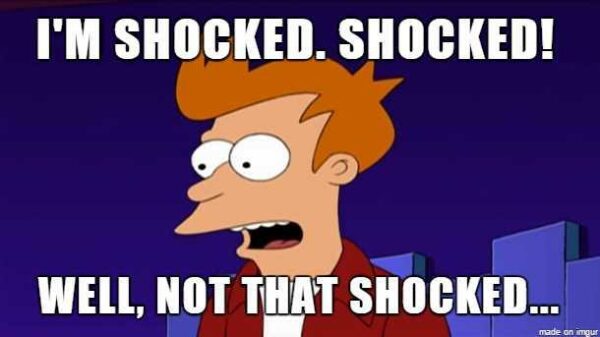 Some say the end-state of Never Trump is becoming a full-on Democrat. I would argue these guys were closet Democrats all along.

Like Glenn Youngkin, Vance is too “Trumpian” for the bull-workers,  too aligned to those grubby working-class folk who are upset about irrelevant issues like children being exposed to pornography in public schools, the unchecked import and distribution of deadly narcotics across our wide-open southern border,  the mass export of American manufacturing jobs to China, and the replacement of American workers with cheap foreign labor.

In fairness, JD Vance was once a harsh critic of Donald Trump. But, like most reasonable people, his opinion on Trump evolved more favorably as President Trump showed himself to be a consistent advocate and advancer of conservative policies.

Speaking of advancing conservative policies, the New York Times token “conservative” Bret Stephen — who previously pitched the not-at-all radical left idea of repealing the second amendment — now says that a true conservative would not overturn Roe v. Wade. Stephens’s argument is — I am not making this up — that even though Roe was a terrible decision, it’s now precedent and overturning it would be “disruptive” to the political status quo. It would also upset leftists and reduce the esteem of the High Court in public perception.

As conservatives, you are philosophically bound to give considerable weight to judicial precedents, particularly when they have been ratified and refined — as Roe was by the 1992 Planned Parenthood v. Casey decision — over a long period.

Here, again, you may be tempted to think that overturning Roe is an act of judicial modesty that puts abortion disputes in the hands of legislatures. Maybe — after 30 years of division and mayhem.

Yes, Stephens is literally arguing that conservatives should not want the issue of abortion decided by elected representatives in state legislatures. Maybe Stephens views himself as merely being “prudent,” because the effects of a Roe repeal would be so wide-ranging and unpredictable. But this “principled conservative” notion that the role of conservatism is to preserve the gains of liberalism is precisely why the old Bush-Republican model is dying. And why Bret Stephens and Bill Kristol are reduced to sputtering about “populism” while collecting checks from their left-wing paymasters.