(I was going to subtitle this piece “Worst. Ruling. Class. Ever.” But the truth is that the hollow vessels that now occupy the titled and newsworthy positions are little more than imposters and puppets for the real hidden rulers. So, that label gives too much credit and just doesn’t quite fit. Anyway, on with the show…)

No, as easy as it would be to write that post, my title above is not (directly) in reference to the top two slots of our current Executive Branch. It is not even in reference to two figures that stole many of the headlines late this week…the first being one Nina Jackowicz, a (seemingly) know-nothing poser who apparently does not suffer from one ounce of humble introspection, and Alejandro Mayorkas, a potted plant currently imitating a cabinet secretary.

Also, before I dive into the main topic for today, I will remind everyone just how aware I am about our historically incurious nature as a people about even the most ridiculous and incredible (i.e., not technically plausible and/or not remotely believable) stuff going on right under our noses. And, of course, we really aren’t all that curious about the resumes and backgrounds of those we elect or allow to be placed in important positions of governmental power. I really need to go no further than he-of-the-paper-thin-resume-and-history-of-light-working (not to mention overtly anti-American) President Obama. But I could also point to one Chao Hsiao-Ian – who, in 2000 and prior to two cushy cabinet positions under Republican presidents (voice vote in 2001 and 93-6 in 2017 under what I presume was laughably light and shallow questioning) – gave a “curious interview to a Chinese-language newspaper” where she was “critical of [the Cox Report] and concerns about Chinese meddling in American politics.” [For the record, that report was a bi-partisan work product of a House Select Committee…ordered by the people’s Representatives by a vote of 409-10 and, presumably, irrelevant discussion material to those Senate snobs during confirmation questioning. But I digress.] In that interview:

…she went on to dismiss the idea that China could pose any threat to the United States. “The U.S. is always happy to see an enemy, possibly because it serves a domestic policy purpose. And now that the Soviet Union doesn’t exist and Russia is no longer the evil empire, some people without any reason make China the United States’ enemy.” – Page 83

Well, she clearly knew who she was working for. And from there, this unquestionably qualified and deeply connected Chao Hsiao-Ian Elaine Chao and her husband, Senator Mitch McConnell, spent the next two-plus decades accumulating quite a massive nest egg from family and government connections to the Chinese government. [“In 2004, they had an average net worth of $3.1 million according to public disclosures. … Ten years later, they had a net worth of between $9.2 million and $36 million.” – Page 75. Given the acceleration of the beltway corruption racket over that period and since – see Reid, Pelosi, Kerry, etc. – assuming another order of magnitude in growth on that by now is still surely a bit conservative.] But, clearly, nothing to see here. Let’s keep moving along…

Moving back from the merely corrupt, my rant today was really intended to be geared more toward the hollow-credentialed buffoons. Playing that part in this week’s headlines is none other than Janet Yellen, Secretary of the Treasury who previously managed to check off a lot of boxes on a climb to the top of the Federal Reserve. I suspect that as we progress quickly into the worst economy in 80 years, it will be hard for history not to write a big part for her as one of the – to borrow a phrase – “architects of ruin.” From Instapundit last Wednesday:

IF YELLEN IS THIS CLUELESS NOW: About inflation, that is, what about during her tenure as head of the Federal Reserve Board?

Seems to be a relevant and important question. Diving deeper, that pointed us to this:

See If You Can Follow Yellen’s Bouncing Inflation Ball

Treasury Secretary Janet Yellen said over the weekend that we’re going to have to “put up with inflation for a while longer,” which means that she has now held just about every possible — and almost always wrong — position on an issue about which she is supposedly an expert. Is it any wonder nobody trusts elites anymore? …

But she is no run-of-the-mill “elite”…she is “credentialed.” Behold:

After gaining unanimous support from the Finance Committee, she was confirmed to her current position by an 85-15 vote among the best and the brightest this country has to offer…the U.S. Senate. Impressive…I hardly ever notice that many “yeas” for anyone who doesn’t hold the self-evident meta-credential that ensures confirmation for a cabinet-level nominee: being a current or former U.S. Senator.

Anyway, I admit that I have never heard this lady speak. I have never knowingly read anything she has written on policy or political matters. However, I do know that my view of so much that she has been a primary decision-maker in the last decade and a half has been done poorly and with more of a political angle to it than just doing the right and/or technically correct thing. That is the kind of stuff that flushes sterling resumes down the toilet…or maybe just exposes the hollow credentials for what they are. I, for one, am not really impressed with any of it. You shouldn’t be either:

Is her understanding of economics tainted by liberal ideology? Is she just doing the bidding of an incompetent and desperate Biden administration? … Does it matter? Yellen is a shining example of why so many in this country feel betrayed by the people who claim lordship over them.

Well, at least the first two questions seem to answer themselves.

Regardless, as We the People weather the coming economic challenges and all the pain to be associated with them, remember the face that deserves a prominent place on the cover of a future volume 2 of Lords of Finance: The Bankers Who Broke the World: 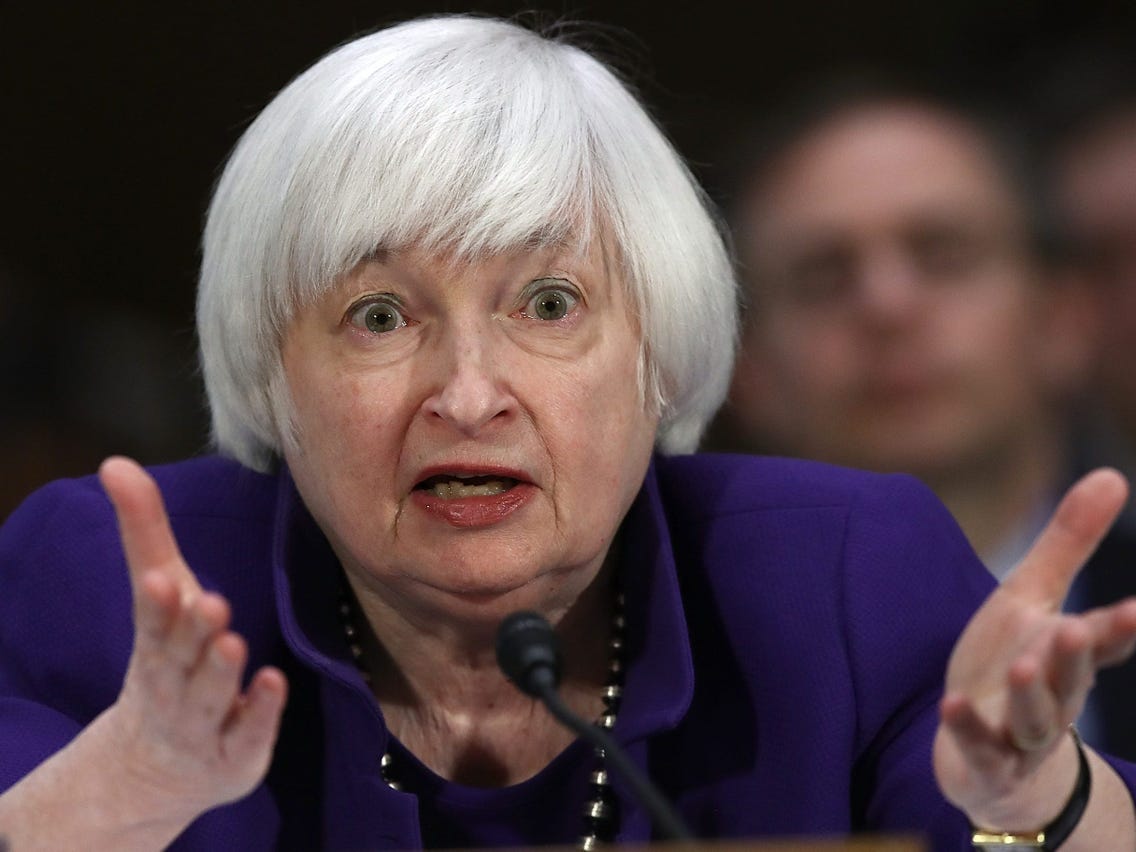 Only 996 looonnnnggg days left in the constitutionally mandated Biden-Harris administration. May America get every one of those to the fullest…and emerge on the other side certainly bruised and battered but also wiser.

I suspect some of you already get this but that paragraph above detailing Yellen’s “sterling resume” is the epitome – or, to be more precise, the “gold standard” – of the heavily credentialed yet still worthless (HCYSW) phenomenon that now permeates American business and industry alike. (My apologies for the blatant mimicking of Mr. Taleb’s Intellectual Yet Idiot construct.)

Over more than 30 years in the cubicle farm environment, I have observed “credential collecting” from an interesting perspective.  It started with the tidal wave of night school MBAs in the 1990s. (Actually, that is being generous. I watched more than one get those MBAs while sitting at their desk at work while the non-MBA employees worked legitimate 40 (or 50 or 60) hour work weeks. But I digress.] But that quickly evolved into any number of special certificates…black-belt this, leadership development that, and on and on and on. All valuable stuff for the elite of the elite to be sure, but the training is never stopped at just the 1%. It is the other 99% that pad their resumes with these hollow credentials that use their pseudo-sterling resumes to attain positions beyond their true abilities and ahead of those who gained more (but less marketable) experience by doing more of the assigned job. Unfortunately, the various dynamics associated with this have created catastrophically weak organizational structures that will have negative impacts on various industries for decades to come.

Anyway, that’s how I see it…your mileage may vary.