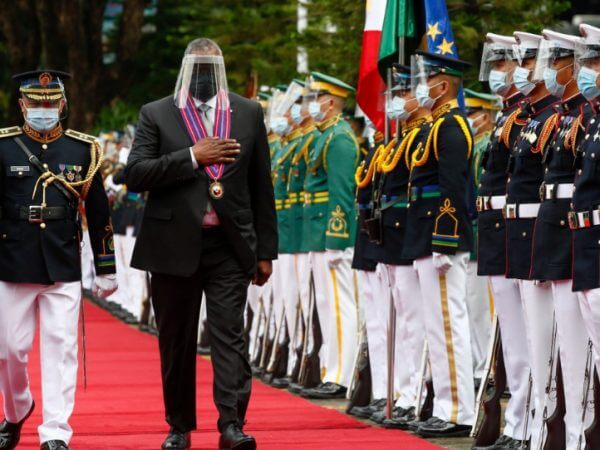 Austin also thinks that forcing people who are not at risk from COVID to get a leaky vaccine is critical. When push came to shove in Afghanistan, no one stood up to Biden and said that we should hold Bagram Air Base until the very end. It’s much more secure than Kabul but none of our generals were willing to put their careers on the line on behalf of the safety of our military. And in the debacle we left tens of billions of dollars of weapons behind.

Biden was always a gaffe machine, but by Election Day 2020 he was clearly unfit to be president. He barely campaigned. In his few press conferences since he’s become president, he calls on specific reporters and has the answers written out on 3×5 cards. His recent performance shows a man who is almost comatose.

Putin attacked Georgia when Bush was president. He then seized Crimea during Obama’s presidency. Now he’s attacking Ukraine. The only president he appears to have respected was Trump. The people who supported Biden are to blame for this debacle. And the escalation which is being pushed by Bill Kristol and other war hawks is dangerous. It’s good for Raytheon but no so good for Ukraine. We need to encourage de-escalation rather than ramping up the rhetoric.