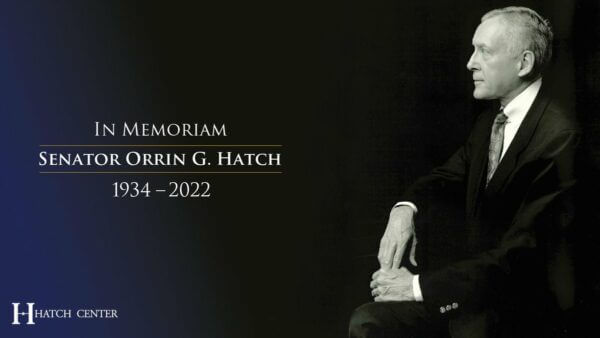 Senator Orrin G. Hatch, the former President Pro Tempore of the United States Senate and the longest-serving Senator in Utah history died today. It was announced late Saturday by his public policy organization, the Hatch Foundation. He was 88 years old.

A member of the Senate for 42 years, Hatch served during the administrations of seven Presidents. At the end of his term in January 2019, he was the ninth-longest-serving US Senator in American history.

Upon his retirement, Senator Hatch held the distinction of having passed more legislation into law than any other Senator alive. In total, he sponsored or cosponsored more than 750 bills that became law.

Senator Hatch is survived by his wife, Elaine, and their six children.