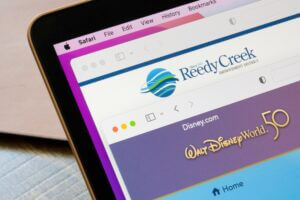 Gov. Ron DeSantis’s tussle with Disney has befuddled many right-of-center commentators. Some insist eliminating the Reedy Creek Improvement District is fundamentally anti-conservative. Others cheer on DeSantis and want other red-state governors to emulate him. The debate has strained ideological alliances, with pundits usually on the same side bickering on social media, podcasts, and tit-for-tat think pieces.

Luckily for the intelligentsia, I will settle the debate once and for all. DeSantis killing Disney’s sweetheart deal was A) conservative and, B) the correct decision. Here’s why.

For decades, conservatives have played defense on social issues. Then, when they’ve lost the social issue de jour, they play defense on the next issue, and the one after that. This is how we’ve arrived at teachers encouraging third graders to question their gender and reassuring Jake that turning into Jessica is just a scalpel and hormone shot away.

Some Republican thinkers insist that even this isn’t quite the hill to die on, there is no slippery slope, and we need to demonstrate our acceptance and goodwill to progressives. Why aren’t we focusing on economic issues? Besides, doesn’t Jessica look adorable in her sundress? The Florida GOP enacted the bill they wanted, beat Disney, so let’s move on. Punishing them by ending Reedy Creek is just churlish.

If Gov. DeSantis was satisfied with playing defense, this would be correct. Instead, he has chosen offense.

Defeating Woke, Inc., is the goal, not a single win on a small issue. He showed Disney that pro forma DEI press releases have a cost. When you wrongly call the governor, statehouse, and a majority of Florida voters anti-gay and transphobic, there will be a price to pay. When you promise to work to overturn the people’s will and defeat their representatives, pushback will follow. The horrible punishment? Being treated like any other company.

This message wasn’t only delivered to Disney. MLB can pull an all-star game from Georgia; do that south of the border and maybe you don’t get that new ballpark in Miami. Huge multinational corporations can ridicule red-state residents all they want, but they might want to diversify their stock portfolio first. Disney stock has fallen 30 percent in the past six months. The next would-be woke CEO might decide it’s wiser not to spout off.

None of this violates free speech. Slam a state government all you want, but don’t expect special carve-outs for your shareholders. Being a huge multinational doesn’t guarantee you extraconstitutional rights.

Another criticism is that DeSantis is violating conservativism by meddling in the free market.

It might violate libertarianism, but not conservatism. At least since the 1980s, conservatism has been a three-legged stool, aligning economic freedom, national defense, and social issues. A materialist theory like libertarianism reduces humans to homo economicus; all that matters to human flourishing is the almighty dollar. But conservatism asserts there is much more to life, including upholding a standard of public values and protection from foreign threats.

Libertarianism often aligns with conservatism, but not always. A conservative might want to ban a strip club from opening in his neighborhood; a libertarian would insist “Sketchy Sammy’s Boom Boom Room” is just fine. DeSantis is a conservative, not a libertarian, so he has not violated his stated principles.

Besides, the Reedy Creek legislation won’t take effect until June 2023; there’s plenty of time for the two sides to come to an agreement. And they probably will.

The last anti-DeSanti argument is not what he did, but why he did it. This is far too Jesuitical for a simple political debate. Not even Thomas Aquinas could parse the deepest longings of a human’s heart. We’d make more progress counting angels on pinheads.

It is long past time for the GOP to be as aggressive on social issues as they have been on economic issues. Pushing back against woke insanity is wildly popular with the base, independents, and even the middle manager wondering why she/they/xe needs to add pronouns to her email signature.

DeSantis understands that the best defense is a good offense.