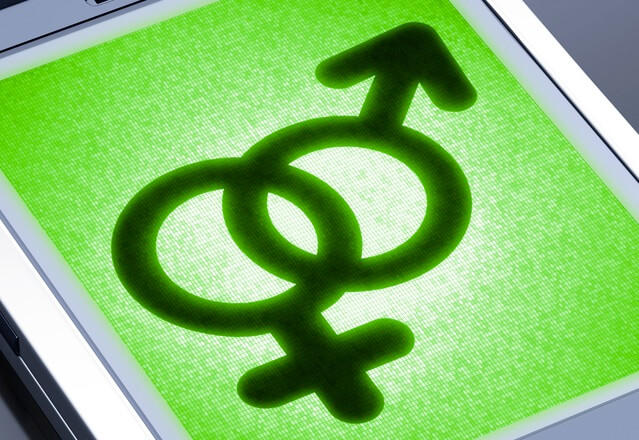 Ablow also suggests that parents impose strong discipline when their sons or daughters are caught posting such things.

But Ablow goes on to say that parents should get their kids into psychotherapy so that these allegedly psychological issues can be treated before they worsen into pathologies.

Blaming teen behavior on psychological disorders is nothing more than an excuse: “My kid isn’t immoral, he is sick.” That is not going to help — and it might just reinforce the attitude that everything is excusable because everything is pathological. Even if these kids are “addicted” to the internet, that addiction is not going to be solved by psychotherapy. It will be resolved by a quick and stern kick in the pants.

What, exactly, will a psychotherapist do for a kid? I guess they’ll talk it out, the therapist listening quite earnestly to a child who has been taken up in the false world of the internet. Maybe the Internet is addictive. But why do these kids sink into perversion? Is it perhaps that no one has ever told them that this is just immoral? That they are selling themselves into damnation? That they are tempting others with sexed up images? These are moral issues, and all the psychotherapy in the world will do exactly nothing until kids are held to account.

This will be a hard and treacherous path. The sexual revolution has exacted a heavy price from the young. Children are no longer taught sexual morality. School sex education classes are largely limited to biology, with the only true sin being having sex without a condom. Psychotherapy often focuses on ridding sex of guilt, while talk of morality is greeted with a roll of the eyes. Sex, freed from morality, no longer means anything. Sexual distortion does not need pychotherapeutic  solution. It needs a moral answer. Here are a few suggestions.

Restore the Link Between Sex and Creation

To sever the connection between sex and creation is not only to obliterate the very reason of sex, but to destroy the duties and gifts which men and women assume in the sexual union. It is to rip apart the mystery of creation, and to set men and women adrift in a search of the meaning lost when their place in creation is dissolved. The search is futile. In its place is nothing but the sex act, with its fleeting pleasures. But fleeting pleasures are no substitute for the gift of creation. In the end, a life of fleeting pleasures makes human beings into what Sartre called “a useless passion.” Absent a moral center, teens have no reason to stop sexting. After all, it is just another form of sexual expression.

Modesty is intimately connected to the creative act of sex. A woman who is modest recognizes herself as someone entitled to respect as the gateway to creation. A woman requires a shield to protect her from being despoiled. Modesty is an irreplaceable wall of protection against her defilement.

Male sexual impulses are powerfully disordered. Men tend to a predatory and promiscuous view of sex. Therefore, men must be taught their role as protector of women and the children who will come through sexual union. If men are to be protectors, and thereby earn a place in the creative act, they must, through modesty, erect a wall between their desire to conquer and their higher role as protector. When a man no longer shields his nakedness, he becomes a marauder who seeks to steal a woman’s role in creation. Modesty is the first barrier against the destruction of sex as act of creation.

Modest dress, modest talk, and modest attitudes are the pillars of that barrier.

The Need for Chastity

There is simply nothing more important than chastity in preventing the destruction of sex as creative engagement. Once chastity is thrown off, the body is no longer the source of creation, but merely a thing to be used. Sexual morality, which demands recollection of the meaning of sex as gateway to creation, must demand chastity. Without chastity, the sexual impulse will run amuck and usher in perversity. The loss of the moral restraint provided by chastity is at the root of sexting, personal pornography, and all the other manifestations of the loss of the connection between sex and creation.

Psychiatry will, on its own, never effectively root out the core of teen sexual disorder because psychiatry cannot cure moral disease. It can only flail about seeking a return to normal. Sexual morality must define what is normal. So to Dr. Ablow, I repeat: Bologna. Psychiatry is a useless flailing at the wind until morality sets the standards for normal and abnormal, good and bad.

That’s the couch where the cure is to be found.