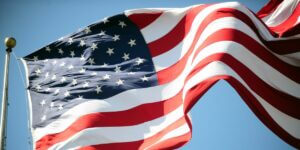 First: So the RNC has actually announced it will no longer accept the Commission on Presidential Debates as the broker of debates. This seems like Charlie Brown finally accepting that Lucy will never hold the football. I believe it can be traced directly to DJT’s pugnacity and is a definite, serious change in direction.

Second: Gov. Greg Abbott actually did what he said and shipped to DC at least some of the illegals admitted into Texas by the feds. Of course, they were immediately met and embraced by church groups and other subversive NGOs.

But together these strike me as good signs that at least something affirmative is happening.  After all, right now the RNC doesn’t have to do anything to take both houses in November. The Dems appear to be doing their best to double-down on everything they have been doing to alienate the electorate.

As much as I expect to be disappointed by the Cocaine Mitch wing of the GOP, right now, good things are happening.