I grew up a PBS kid.

Our family didn’t have cable (still doesn’t, in fact), and so that meant almost everything I watched came from WGBH, our local public television station. My dad is a woodworker, with his shop only a few minutes walk from our house, and he was the one that looked after me as a small child. In the afternoons, when he was tired out from trucking toddler/kid-me around to job sites and putting me to work in the shop, he’d head into the house to make lunch and catch an hour’s nap. But, like a lot of kids, I wasn’t too intent on sleeping. So he’d flick on the TV before passing out on the couch. 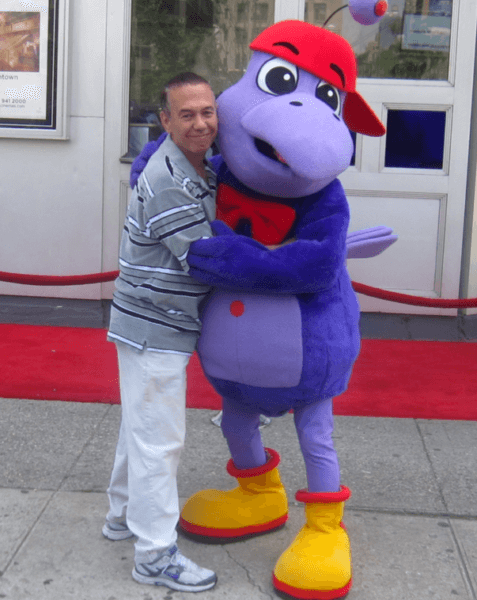 For us, WGBH comes, depending upon the signal that day, in two or three different iterations. My dad basically always left me with whatever came on first, so it was a toss-up some days whether I’d be settling down to watch Charlie Rose, NOVA, or Sagwa The Chinese Siamese Cat. (I’d be lying if I said I didn’t mention this method of child-rearing whenever one of my parents starts raising an eyebrow at my “weird” habits or interests). Every once in a while, though, the show that came on was Cyberchase. Without a doubt, my favorite character was Digit, the screechy-voiced robotic bird and frequent accidental hero of the series.

At that tender point in life, I had no idea that the man behind the adorable cartoon bird was a brutally dirty old-school stand-up comic. I just found the odd voice endearing. A few years into high school, when I was allowed to drive myself around without adult supervision, and having long outgrown Cyberchase, I was on the hunt for more podcasts to add to my repertoire. Searching iTunes for “Jack Benny” brought me upon Gilbert Gottfried’s Amazing Colossal Podcast.

And I fell in love. If you haven’t heard it, GGACP is kind of difficult to describe. Imagine blending together the comic sensibilities of Gilbert Gottfried, deep-dive interviews with old (and I mean old) celebrities and historians of showbiz, and a straight man sidekick caught perpetually between amusement and horror. I just couldn’t believe there was someone out there making jokes about John Wayne and Walter Brennan starring in their own version of Brokeback Mountain, or riffing on old Allen’s Alley routines, or…well, I can’t really repeat that one about Gig Young. Or Lon Chaney. Or Albert Dekker. Especially the one about Albert Dekker.

The show felt like a freakshow made just for me, a mad scientist mash-up of dark, dirty humor and cultural references so outdated the nursing home residents were changing the channel to look for something more hip. Not to mention the wonderful odd couple match-up between Gilbert and Frank, his put-upon sidekick and longtime friend. That podcast (along with GLoP), helped to get me through high school. It came with me to England, and eased the loneliness and fear of moving to a new country where I knew absolutely no one to start university. It gave me far too many laughs to stifle on the Tube, and brought me smiles when little else did during the difficult transition back to the States. It was with me through the hectic first months of graduate school, and the hell of the Ph.D. application process. 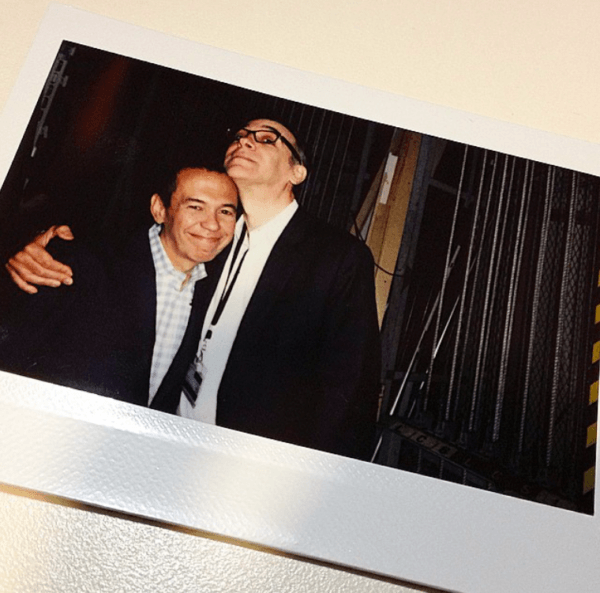 It was with me this afternoon, once I returned to my apartment after a seminar, and was listening to an interview with John Astin as I answered emails and went to check the news. To find out that Gilbert, that constant, ridiculous voice of my childhood, teenage years, and now my young adulthood, had passed away. Quite honestly, I still can’t believe it. The idea that my Mondays will now be Gilbert-less, after so many years together, seems impossible. There were still too many bad taste jokes to make, too many decrepit actors to interview, too many new ways to embarrass Frank. Who am I going to talk to when I cook late at night, to shout out ‘Hillcrest’ when a guest forgets the name of the Round Table’s chosen country club, and who is going to make a million Bob Hope jokes when I run through early morning fog or rain or gloom? No one, I think, will ever quite fill that void.

Rest in peace, Gil. We never met, but you brought countless moments of joy to my life, and I know your memory will be a blessing.