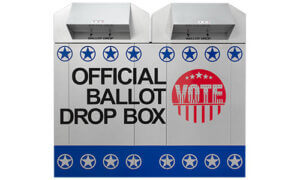 Did you know that only one state, Alabama, has acted to prevent ballot harvesting in this country? After all the controversy about fraud in our last national election, you might think that enacting a law against ballot harvesting that would help to ensure a valid election, free of blatant fraud, might be one reasonable step to take. Think again.

If you are unfamiliar with the strategy of ballot harvesting, here’s one explanation:

In the State of Alabama, they have figured out how to keep your vote from being stolen when a ‘ballot bandit’ knocks on your door. Ballot harvesting has been defined as ‘the practice in which political operatives collect absentee ballots from voters’ homes and drop them off at a polling place or election office.’ It might sound harmless, even ‘helpful,’ but unfortunately it has been subject to vast abuse.

Here is the status of ballot harvesting according to Ballotpedia.org as of August 2020:

I was only slightly amused when I read that some states are trying to “register” ballot harvesters, as if making the fraud official might appease skeptics. To date, the courts have rejected their efforts.

The Left has insisted that this type of law discriminates against the neediest voters. Somehow, if the ballot harvesting is banned, I suspect those folks will find a way to use the U.S. Postal Service.

Here is an example of this disgraceful practice

We all need to make an effort to educate our fellow voters about this insidious practice and demand that integrity be restored to our election process.