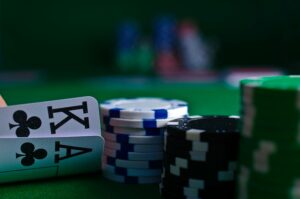 The State of Alaska thinks we’re stupid. They might be right, but I think we’re just tired. I know I am.

I’m tired of writing about elections. I’m tired of trying to wake people up to the massive fraud that took place in the last election, and I’m tired of warning people about the fraud bearing down on them in the election to come.

And it’s coming – right at you with a head of steam.

The people who committed crimes in the last election are counting on you being too tired of the topic or too distracted with events half a world away to notice. Not many people know that back in the summer of 2020 the Division of Elections requested a report on the status of elections in Alaska.

Even fewer people are privy to the seven pages of findings and recommendations to fix Alaska’s elections. That’s because the released report was redacted pretty much from cover to cover.

Anyone who wants to find out what the report said must first sign a non-disclosure agreement. That means you can read about how the State of Alaska’s elections are corrupt to the core, but you won’t be able to talk about it. You certainly won’t be able to write about it. Nor will the person who authored the report: Kelly Tshibaka, the current candidate to unseat Lisa Murkowski in the senate.

Like I said, they think you’re stupid. In fact, if you just skip the election entirely that would suit them just fine; they’ll make sure your vote is tabulated for someone without your consent. They’ve done it before, and nobody did anything about it.

Everything about the 2020 election in Alaska was riddled with fraud. They eliminated witness signature verifications for mail-in ballots, destroyed election materials in violation of the law, used laughably inaccurate and frequently “adjusted” voter rolls pre- and post-election, had internet-connected Dominion voting machines, blew off a DOE database hack weeks prior to the election, and have done nothing, NOTHING, to hold anyone accountable for any of the crimes committed. Nor have they turned over any of the documents that private citizens have requested through Freedom of Information Act requests.

Now, in a move so insulting to the already jaded population of Alaska that it can only be characterized as a slap in the face, Lt. Gov. Meyer has declared that the special election to temporarily replace Don Young will be 100% mail-in only. Not only that, but this special election will also cost the people of Alaska an additional $2.5 million, instead of leaving the seat vacant for a few months until Congress adjourns for the summer anyway. Double slap! Also, they’re not verifying signatures this time, either. Triple slap!

They stole the 2020 election largely to get Biden elected, and had things not gone down as they did in the swing states, Alaska could have been a part of that as well; the so-called Alaska Field Goal option was always in the playbook. But Alaska was also victimized by the fraudulently passed Proposition 2, the Ranked Choice Voting bill.

I don’t know anyone in Alaska who voted for Proposition 2, and from what I can gather neither does anyone else. Do you?

“At the recent constitutional convention debate with John Coghill, he mentioned that popular will is often flawed, and used the passage of Ranked Choice Voting as an example. I seriously doubted that it had actually been honestly passed, and asked the audience to show, by applause, if they thought so, too. The agreement was overwhelming, and I do believe that John reluctantly thought so as well.”

This will soon become relevant to you when you open up your mail-in ballot and realize it’s a convoluted mess…by design.

For one thing, it’s highly likely that your ballot will be deemed overvoted, undervoted, or exhausted. What does that mean? Have a look:

These errors are cooked in the books. They want you to mess up because they want the Dominion voting machines to decide the winner, not you. This is why I doubt Murkowski or the Alaska GOP is worried about Tshibaka (or anyone else) winning. In fact, recent findings indicate Tshibaka might be the fraud machine’s hand-picked choice.

“When we examined the 96 ranked-choice voting races in our sample from across the nation, our analysis found an average of 10.92 percent of ballots cast are exhausted by the final round of tabulation…This analysis of 96 ranked-choice voting elections from across the country shows that the voting system produces false majorities, frequently exhausts more than 10 percent of ballots cast on Election Day, and further disenfranchises voters who are already less likely to vote.”

“A study in 2014 reviewed more than 600,000 ballots in four municipal ranked-choice voting elections from around the country and found ballot exhaustion to be a persistent and significant feature of these elections. The rate of ballot exhaustion in that study was high in each election, ranging from 9.6 percent to 27.1 percent…ranked-choice voting does not always produce a majority winner. In fact, none of the winners of the elections examined in the study won with a majority of the votes cast. In examining 96 ranked-choice voting race from across the country where additional rounds of tabulation were necessary to declare a winner, The Maine Heritage Policy Center concludes that the eventual winner failed to receive a true majority 61 percent of the time.”

Ranked Choice voting is designed to eliminate your vote via the extra rounds of vote tabulation. There is a possible solution to this problem though; everyone should only mark one circle for one candidate – you know, like the way voting is supposed to work. Do that and there will be no need for an idiotic second round of voting.

We’ll still be saddled with:

But hey, at least it will be good, old-fashioned election fraud of the 2020 variety instead of this new streamlined fraud where your vote is shredded because you failed to understand the 20 pages of fine print.

So Alaska will move forward with an exclusively mail-in ballot election utilizing complex algorithms in a jungle primary system that nobody voted for, processed by demonstrably sketchy Dominion machines with no third-party accountability, and maintained by a Division of Elections that has bent over backward to ignore Freedom of Information requests for two years running, bypassing attempts to detail the laws broken in the last election.

Move over Wisconsin, Alaska does everything bigger. They’re betting on you being too tired to notice.