Back in the summer, I had a patient come into our Urgent Care who made a special impression on me. We provide care for the Maersk container ships that come to Wilmington. The patient was a young woman of 19 or 20 named Iryna. From that and her last name, I was pretty sure she was Ukrainian. I went in and introduced myself and started speaking to her in my somewhat halting Ukrainian. She was so relieved to have a physician she could understand. She told me she had a sore throat that had been treated several times with antibiotics by the ship’s medical staff without success. On exam, it looked a little raw, and we checked her for strep and mononucleosis. Both were negative. I suggested one more course of antibiotics, and some prednisone this time. If not relieved I suggested she see an ENT physician.

It became plain to me that she was very hesitant to get back on the boat, which was about to head out for Bremen, Germany, and the crossing was going to take several weeks. I asked her if she wanted off the boat. We can do that, by stating the patients are not fit to sail, and can specify they need to be flown home. I was loath to do that because I knew the container lines hated that, and it could very well cost her the job. A very good paying job for a young Ukrainian woman. She persisted and I gave in.

She asked for some contact information which I gave her, as I was curious how it would turn out. She took her Rx and her paperwork, thanked me, and headed out. Several months later I heard from her on Facebook, and she was asking me what to do about the bill she had received for service. This was clearly a mistake as they should have billed her company, and I told her not to worry about it. I contacted our boss and billing and they promised me they would take care of it. A few weeks later she contacted me again telling me the issue was resolved and thanking me again.

Fast forward to this weekend. Looking through Facebook Messenger I saw her contact and on a whim, I sent her a message telling her I was praying for Ukraine and hoping she was safe. Almost immediately I got a response. She sent me a voice message.

“Thank you. Thank you for remembering me and our nation, and the fact you support and remember the country of your roots. I wanted to tell you I am in Ukraine in the South near Kherson. Our city is currently under the occupation of the Russian invaders. We are cutoff from any supplies or help. The city is running out of supplies and medicine. But we are holding on. The Russians are trying to take Mikolaiv, but we are holding out for now. Again thank you for your concern.” 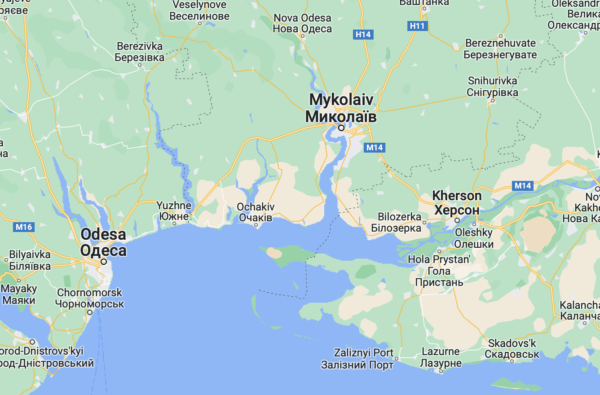 The tone of her voice broke my heart.

And damn anyone who thinks this is some kind of a “distraction.”