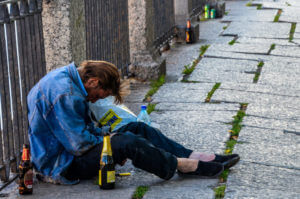 It has been widely speculated that Russia’s invasion of Ukraine was precipitated at least partially by Russia’s weakness in general, and Putin’s weakness in particular.  Putin has been in power for over 20 years now, and has a well-earned reputation as a vicious thug.  Russia’s GDP is significantly smaller than Italy’s.  Over 30% of Russian deaths are related to alcohol.  Forty years ago, Russia was a world power that battled The United States for world dominance.  Now it is nearly a third-world country with economic problems that are horrifying and social problems that are worse.  Putin has presided over much of this descent from greatness to misery, and he is becoming increasingly unpopular among Russian citizens.

What makes this worse is that things in America are also getting worse rather than better (although obviously not on the scale of Russia), and we are led by a deeply unpopular President as well.  Our economy is struggling a bit but is still a powerhouse, but most Americans feel that America is declining, which makes them anxious and depressed.  Many Americans feel that our President may not be up to the job, and that the majority party in Congress may not have our best interests in mind.

I suspect that Putin knows enough about American politics to understand what is about to happen to Biden’s Democrat party in the midterms later this year.  I further suspect that Putin didn’t think that Biden would stop paying for Russian oil, because he wouldn’t want American gas and energy prices to go up even further before midterms.  So Putin calculated that regardless of what Biden threatened, he wouldn’t stop sending Putin American dollars for more oil.  Biden can’t return America to energy independence without returning to Trump’s policies.  Which he won’t do.  But still, he wants no increase in gas prices before the midterm elections.  So Putin figured his money supply would continue, even if he invaded Ukraine.  So far, he has proven to be right.

Ukrainian citizens and Russian soldiers are going to die because Joe Biden thought he might lose seats in the House if gas prices went up any further.  My God. 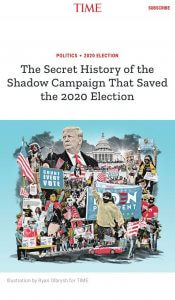 Although really, those people are going to die because Joe Biden (who appears to be unable to plan a trip to the grocery store) somehow managed to plan a remarkable Presidential campaign that led to the defeat of an incredibly successful President a week or so after the election was held.  Suppose all those who helped Biden win had failed.  This would not be happening.  It just breaks your heart to think about it.

But that’s not really my point.  My point is that even though Mr. Biden was miraculously elected with record-setting vote totals somehow, he remains deeply unpopular, and lacks the political capital to withstand any further setbacks.

If you think about it, one advantage of democracies is that we generally avoid weak leaders that lack public support.  They lose elections, and we are then led by popular leaders, with more political capital, and thus are less weak and desperate.  A weak, desperate leader of a major military power is a very dangerous man, to people all over the world.  And in general, elections fix that problem.

But not this time.  Now we have President Biden, who is so unpopular that he is absolutely desperate to avoid any further setbacks.

Even just higher gas prices.  He could tell the American public, “Hey, gas prices are going back up due to Putin’s war.  But hang in there.  I’m returning to Trump’s energy policies, and we’ll have cheap gas again in 6 months.  I’m sorry for the added cost to you and your family.  But I’ll do whatever it takes to take care of it.”

People would accept that.  But Biden just can’t do that.  And despite his recent election victory, he is so unpopular that he just can’t allow any more setbacks before midterms.

So he accuses oil companies of price gouging, continues to buy Russian oil to fund Putin’s military adventures, and tries to cheer people up by finding new science to back off on COVID mask mandates.  All because he is so politically weak right now.

Like many wars, a lot of people are going to die in Ukraine because of weakness, not strength.

Noted political philosopher “Ben & Jerry’s Ice Cream” recently Tweeted a line common on Prius bumper stickers:  “You cannot simultaneously prevent and prepare for war”.  That is absolutely, completely, precisely wrong.  The only way to prevent war is to prepare for war.  There is no other way. 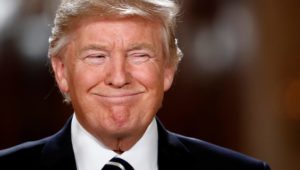 Part of that process is building our military strength which gives people like Putin pause.  Part is electing competent, strong leaders who would give people like Putin pause.  Another part is maintaining energy independence.  It’s difficult to effectively use economic sanctions against a country whose economy you are dependent upon.  If we need Russian oil, and the Russians know that, then we have no leverage.  And the Russians know that.

In college, I read History books with a very skeptical eye.  “You’re telling me that 50,000 Greeks died in a battle because of an argument over that?  C’mon – nobody’s that stupid.”

If Russia’s Ukrainian adventure goes badly, some school kid hundreds of years from now is going to read about it in a book, scratch his head, and wonder how on earth so many people died because of bad polling numbers for a couple of politicians halfway around the world from each other.  C’mon – nobody’s that stupid. 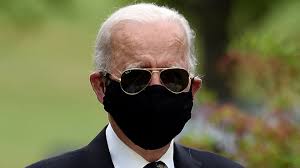 He’ll be thinking, “Putin and Biden ended up at war in Europe because they were unpopular?  Well, if they were so unpopular, then how did they win their elections?  Just vote them out, and get somebody in office who’s less weak and desperate.  Instant security and stability, right?”  A very reasonable question.

How indeed, did Putin and Biden win their elections?  If either of them had lost their last election, this would not have happened.  How did we get to this place?

And yet, here we are.

I feel so horrible for those Russian soldiers and Ukrainian men, women, and children who are dying horrible painful deaths because of the poll numbers of politicians they don’t care about thousands of miles away.  What a reason to die.

Ukrainian #1:  “Gee, I’m so sorry that your six-year-old daughter died in the firebombing attack last week.  She was such a beautiful little girl.  My kids loved her so much in school.”

Ukrainian #2:  “Yeah, well, Joe Biden had internal polling data that suggested that he might lose a House seat in Huntington, West Virginia if gas prices went up again before the mid-terms.  And he obviously couldn’t reverse his reversal of Trump’s energy policies to get gas prices down because of mean Tweets.  So you know, it’s perfectly understandable.  Too bad, though – we’ll miss her…”