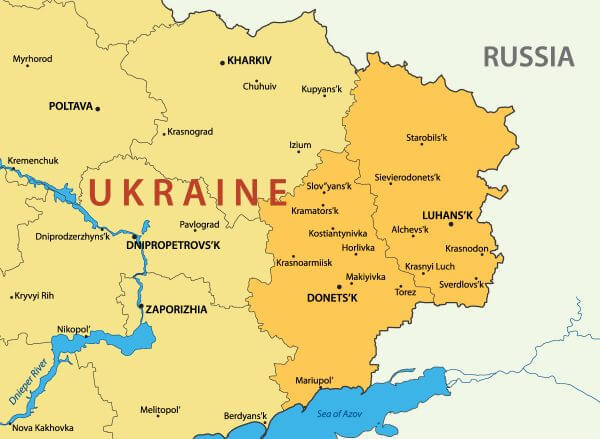 Bordering Russian territory, approximately 40 percent of Donetsk and Luhansk residents are ethnic Russians. Today’s recognition of the two regions as republics lays the groundwork for military intervention. Russia has supported separatists in the region since 2014.

Putin also claimed Ukraine was committing genocide in Donetsk and Luhansk and plans to create nuclear weapons to use against Russia. No evidence supports these claims.

In reaction, President Biden will sign an executive order prohibiting investment, trade, and financing by Americans in the two new republics. More sanctions have been threatened should Russia further invade Ukrainian territory.