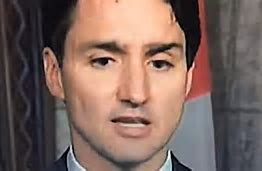 This open letter to Prime Minister Justin Trudeau from pastors across Canada sends a heavenly warning to all those who hold office.  Here is a partial sample of the letter from Liberty Coalition Canada. I hope other leaders, including our own, read it and take heed:

Mr. Trudeau, with great respect, you are neither the king nor the ruler of Canada. Both you and your colleagues are public servants sent for a short time to Parliament at our behest as citizens to govern under God in terms of the Canadian Charter and to seek a harmony of public legal interest. You do not grant people rights and responsibilities that are theirs as God’s image-bearers and a free people. Since you do not grant them, you have no authority to remove them.

Your government does not grant people the right to their bodily integrity, the right to work or earn a living, the right to decide for their children or to be with their families or dying loved ones, the right to gather to worship and obey God, the right to travel in their own land or enter and leave. Civil government exists to protect these pre-political and fundamental freedoms, not bestow and remove them as if it can function in the place of God.

He sets up kings and pulls down the mighty from their thrones and none can stay his hand. In the words of the same scriptures engraved on the Peace Tower in Ottawa and written into our very national Coat of Arms:

Now therefore, be wise, O kings; Be instructed, you judges of the earth. Serve the Lord with fear and rejoice with trembling. Kiss the Son, lest He be angry, and you perish in the way, When His wrath is kindled but a little. Blessed are all those who put their trust in Him. (Ps. 2: 10-12)