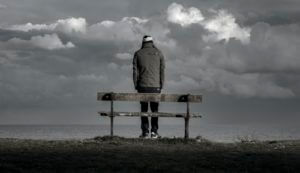 I enjoy being around smart people; I learn a great deal from them and they help me feel smarter. But when smart people expound on ideas in a naïve and irrational fashion, it doesn’t make me feel smart. It makes me feel sad. That happened today.

This morning, I was to meet with a little group I formed to discuss Jewish topics on Zoom. Unfortunately, the internet wasn’t cooperating, and since we all live in the same area, we were all impacted. But today’s presenter was determined to make our meeting happen, so one of the women offered her home for our meeting. That sounded like a great and generous solution, except for one thing: one of our members hadn’t received her third Covid shot. She’d made that decision because of her concern regarding blood clots. The problem is that the other women in our group don’t want to be with her and the booster-shunner (let’s call her BS for short) knew it; she told me that she was being ostracized, but felt she shouldn’t have the third shot, particularly due to a medication she’s taking which can cause blood clots, too. So, she didn’t join us that morning.

The woman who was presenting picked me up in her car, so I took that opportunity to ask her if she was unwilling to be around the woman without the booster. She said yes. When I asked her why, she said that she thought everyone should have the third shot. When I asked her if she realized that BS was the one more in danger because of her more limited protection, she answered me by saying that was “just the way I felt.”

So after our meeting, I asked the other three women if they agreed, that BS shouldn’t be able to attend, and they said yes. When I asked their reasons, they told me that they could get Covid from her. I asked if they realized that they could also give her Covid. Well, it wasn’t the same, they said. Then one woman pointed out that they were medical professionals.

So I offered that people who had all three shots were also getting Covid. Oh, she said, but they have no symptoms, but BS might have Covid. I said, she doesn’t have symptoms either. So all of you or none of you might have Covid.

After a moment, I said that I thought she shouldn’t be excluded, but I left it at that.

On the drive home, the two of us in the car discussed how much we’d enjoyed being physically together. (We had discussed staying on Zoom or getting together at the end of the year, and all but one person wanted to stay on Zoom, which was fine with me.) Then I said, but if you all agreed to meet in person, what about BS? Oh, that’s right, she said. I wouldn’t want BS to be left out of the group. I immediately countered with a firm statement: BS will not be left out of the group.

I’m very disappointed with the group members on a number of counts. First, they have ostracized BS because she’s decided not to be boosted. They are demanding that she conform to the authorities’ “guidelines.” They think they are on righteous high ground. And they are acting in this manner out of fear. I need to decide whether to let this go and just keep meeting on Zoom. Or if I need to make a statement. I asked BS what she thought, and she pointed out that they were unlikely to change their minds if I spoke further on the topic. She’s probably right.

I’m at a loss. So much for compassion.