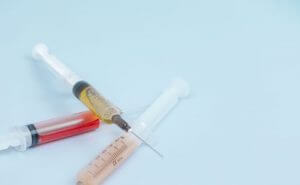 The ridiculous and insincere efforts of the Biden Administration to have an impact on drug overdoses and distribution in this country is a joke. The policies aren’t worth the paper they’re printed on, and in some cases are destructive to human beings and our country. One of the latest attacks on drugs is Biden’s opioid policy. The description suggests that they are taking a comprehensive approach to control drugs and saving us from ourselves. They promise to take the following steps in their plan:

If the absurdity of this plan is not obvious, let me spell it out for you. To begin, why should I trust the government to “hold accountable” the pharmaceutical companies? We have already watched those companies rake in obscene profits as questions about their vaccines’ effectiveness are emerging. At this point, we have reason to believe those companies are complicit with the federal government in fraudulent acts and claims.

Then we have the usual focus on rehabilitative services to help people who are hooked on drugs. That’s assuming they don’t die in the process of taking them, especially those laced with fentanyl. At this point, I’m skeptical about the dangers of overprescribing. These drugs can be purchased through a guy on the street corner, your neighbor, or a friend. Who needs to go to doctors? Then we can talk about reforming the criminal justice system so that drug users don’t go to jail, unless they commit another crime like, say, shooting someone. Oh, wait. . .  And finally stemming the flow of illicit drugs from China and Mexico. Yes, that means we should ask China to cut back on their fentanyl sales; China, which incarcerates and tortures millions of people. And they’re talking now about dealing with the drugs coming through our southern border. Seriously?

Recent data by U.S. Customs and Border Protection shows a massive increase in seizures of fentanyl at the border. CBP has seized more than 600 pounds of deadly fentanyl every month for the last 12 months — a record. In the last six months alone, it has seized 5,400 pounds of fentanyl, enough to kill 1.2 billion people or the entire population of the United States more than three times over.

This six-month total is more than all of last year, and CBP believes the vast majority of drugs are getting in without being stopped.

The reason for this is clear — the Biden administration’s radical policy changes have encouraged the drug cartels to smuggle more unlawful migrants and lethal, illicit substances across our southern border.

Why the sudden change of heart?

And our government is so opposed to drugs that they are going to distribute crack pipes to addicts:

The $30 million grant program, which closed applications Monday and will begin in May, will provide funds to nonprofits and local governments to help make drug use safer for addicts. Included in the grant, which is overseen by the Department of Health and Human Services, are funds for ‘smoking kits/supplies.’ A spokesman for the agency told the Washington Free Beacon that these kits will provide pipes for users to smoke crack cocaine, crystal methamphetamine, and ‘any illicit substance.’

So let me get this right. The Biden administration wants to provide programs to get people off drugs and they’re providing them with crack pipes. They’ve ignored drug traffic across the southern border and now we’re going to try to stop it. They’re going to punish pharmaceutical companies while those companies continue to boost their profits by promoting vaccines and lowering the age limit to six months for children to get the vaccines. And we’re supposed to not incarcerate people who use drugs while we let off murderers and thieves.

Am I missing something? Why are they pursuing these efforts now?