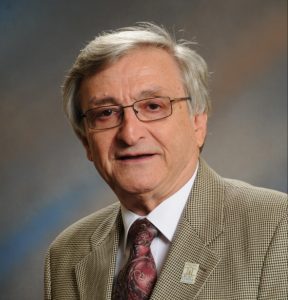 If you were beaten and bullied as a child, if you lived for nine years in constant fear of being tortured or killed, if you and your family fled your home, losing everything, and were forced to live in a tent, would you call yourself ‘lucky’?

I used to be somewhat ambivalent about the “celebration” of Holocaust Remembrance Day on January 27; in one sense, I felt it was important to remind the world that six million Jews and six million other folks were killed by the Nazis and their enablers. The phrase, “Never Forget” is embedded in my psyche. On the other hand, I wonder if this particular memorial day serves as a devastating reminder to many people—survivors and their families–who want to forget that horrific time. And ironically, I also wonder if it is an irritant to those people who experience resentment or even hatred toward the Jews, exacerbating their negative perspective.

Still, Abraham Pizam is the man described at the beginning of this post by a reporter for the Orlando Sentinel. Today he is the founding dean of UCF’s Rosen College of Hospitality Management. He survived the Holocaust and gave a presentation at the January 27 event about his own experience. It was the first time he had spoken publicly about the Holocaust. Here’s a report on part of what he shared:

When Pizam was 8, his father took him to a local cemetery and had him open a coffin. Inside were brick-like bars engraved with initials that his father said meant ‘Pure Jewish Fat.’ They were, the boy was told, soap that the Germans had made from the bodies of murdered Jews.

In accordance with Jewish law on human remains, the soap had been given a burial.

For decades, the soap story was embraced by Holocaust survivors throughout the world. And though Pizam would later learn it was a myth — propaganda, perhaps, to further terrorize the Jews — that day has stayed with him.

To me, the word “propaganda” was a key part of his comment. We live in a time when we are bombarded by our own version of propaganda; it’s nearly impossible to separate truth from fiction, rumors from fact. The propaganda we are told goes beyond anti-Semitism; it pervades our government, our schools, our healthcare–nearly every aspect of life in this country. Even though Pizam had refrained from telling his story publicly, because he preferred to leave his experience in the past, he now sees that times have changed, and not for the better. Where he once believed that the world had turned a page into a new and enlightened time, he now worries about the future:

‘Finally, I am relieved I can share my story,’ he said. ‘Silence is an enemy.’

Where once he was optimistic, though, now his outlook is tempered by doubt.

‘This can happen here, believe it or not,’ he said. ‘Looking at the news, look at what’s happening right now as we speak, looking at our country, with both the right and the left becoming more and more antisemitic, I start questioning my hope. And I hope that I’m wrong. And I wish that I’m wrong.’