An article in the NY Post Thursday discusses polling data finding that Democrats have more faith in “science” than do Republicans. I don’t find that remarkable given the volume of self-congratulatory memes about “believing” in science that is endemic in lefty social media. 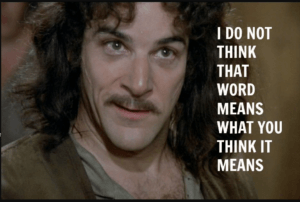 A more interesting question is what do those people think “science” is? Progressives appear to be more predisposed to favor their vision of science now than they did in the pre-Sars-COVID-19 era (normality seems so long ago, doesn’t it?). Empirically, such a trend is hard to understand. On the basis of performance, it is not a rational collective response to have an increase in faith and confidence in those who are identified as the practitioners of science for the simple reason that they were often spectacularly wrong, overtly politicized, often closely linked to special interests and viciously adversarial to the minority of scientists who dissented against whom they often resorted to ad hominem attacks in lieu of well-reasoned, (science-like?) debate.

Like the vast majority of other “experts”, the self-appointed personification of science himself has changed his position on every aspect of the pandemic without even a hint of apology or even acknowledgment. Following “expert” guidance caused enormous harm, accomplished nothing as to what was promised, and little of that guidance was consonant with past science or ever-accumulating current data. And yet some Americans are now more predisposed to respect and honor the authors of this debacle. Why?

My professor in a Philosophy of Science class a half-century ago offered the too-cute definition of science as “that which scientists do when they are doing science” to make the point that attempts to define “science” are invariably too narrow. Ricochet must have about a terabyte of past comments debating whether “falsifiability” is an essential element of any scientific endeavor so I hereby expressly cease and desist any attempt to present or even insinuate any formal definition of “science.” I will simply assert with confidence that whatever science is, when the facts and data uniformly contradict an assumption, hypothesis, prediction, or expectation, it is unscientific to cling to such a falsified idea.

Progressives don’t care what Popper or Kuhn have had to say about science. As with environmental issues, it is now clear that “science” is morphing into a synonym for the administrative state. We should defer to, submit and obey “experts” who are in sole possession of The Science and only malevolent ignorance leading to a hatred of science itself would cause one to think otherwise. Once we accept that viewpoint, it makes perfect sense that actual scientists who defy a prevailing narrative (one that invariably calls for intervention, control, and compulsion) are no longer doing science but purveying misinformation instead.

Polling data also reveals that younger Americans are more afraid of COVID than are we elderly folk—more than twice the fear at about 1,000 times lower risk. A mental habit of fear, magnifying every risk, cultivating a sense of helplessness in the face of each looming crisis, and then looking to “science” for protection and salvation is an obvious recipe for social, political, spiritual, and personal disaster. And yet, young progressives have somehow managed to draw the opposite lesson from the pandemic.