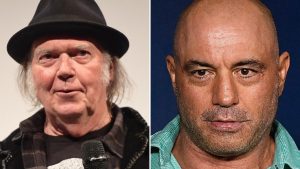 Joe Rogan and Neil Young have a lot in common. Both were born outside the United States: Young in Toronto, Canada, and Rogan in Newark, New Jersey. Both come from broken homes, raised by mothers who moved around a lot under difficult financial circumstances. Neil Young dropped out of high school, and Joe Rogan dropped out of college, but both have shown an interest in philosophy and politics. They’ve both been very successful in the entertainment industry, and are both now very famous and very wealthy. Like nearly everyone else in that industry, they are both life-long leftists. Both of them voted for Bernie Sanders in the last primary.

Despite all their similarities in backgrounds, careers, accomplishments, and politics, Neil Young so despises Joe Rogan that he refuses to allow his music to be distributed on Spotify unless they drop Mr. Rogan’s podcast: “They can have Rogan or Young, but not both” he has declared in a letter to his management team and record label. One wonders how he generates so much hatred for someone with whom he shares so much in common.

As you might have guessed, what angered Mr. Young was related to the most important political phenomenon of the past 20 years or so: COVID-19. It’s not so much that Mr. Rogan took a different approach toward COVID-19 than Mr. Young did – Young probably doesn’t care what medications other people take. But rather it was that Mr. Rogan had the temerity to allow a physician to come on his show and discuss opinions on this matter with which Mr. Young does not agree. It was the open discussion of ideas that enraged him.

Mr. Young seeks to cancel the exchange of ideas which he does not share and to punish any platform that allows for civil debate between differing viewpoints.

Mr. Young agrees with Mr. Rogan’s politics. That is a very important point.

The fact that this does not shock the media and my leftist friends is terrifying to me. Where is the deafening condemnation from his fellow liberals in the entertainment industry – what happened to “Question Authority?” Where are the screaming headlines from CNN and The New York Times?

’60s ICON PROMOTES FREE LOVE BUT NOT FREE THOUGHT
Neil Young was once anti-establishment. Now he IS the establishment.
And he doesn’t like being questioned.
Fellow ’60s liberals scratching heads at recent tyrannical power play. 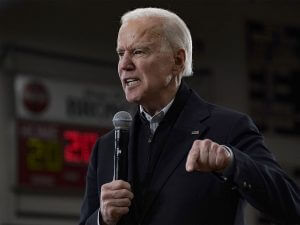 Any leftist who doesn’t loudly condemn this sort of thing is telling you all you need to know about their true intentions.

If you don’t believe me, go ask Neil Young.

Actually, you don’t have to go ask him. He’s already told you.

You should listen to him.